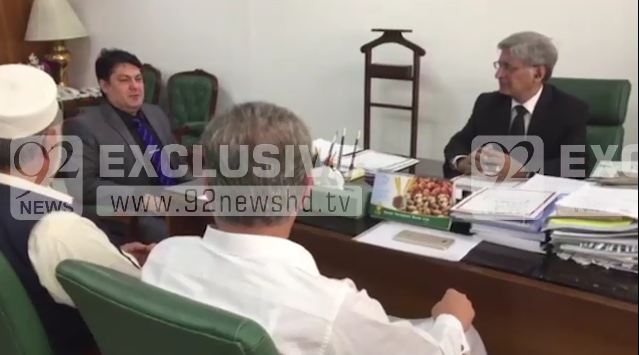 ISLAMABAD (92 News) – The opposition has on Thursday held a meeting in Islamabad before the joint meeting of the 12-member parliamentary committee, which will decide the Terms of Reference (ToRs) to probe into Panama leaks. The meeting was attended by Muttahida Qaumi Movement leader Barrister Saif, Pakistan Tehree-e-Insaf leader Shah Mahmood Qureshi and others which is being held to consider including Zahid Hamid in the committee. The members of the government argue that Zahid Hamid should be the member of the committee as legal adviser, while opposition said that there shouldn’t be more than six members on both sides. Awami Muslim League (AML) Sheikh Rashid said that the committee must come a conclusion within 14 days.