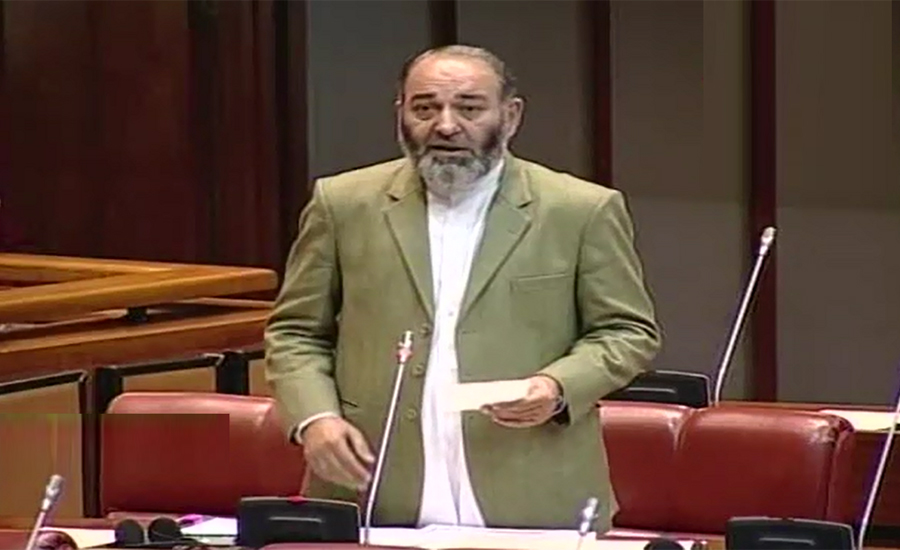 ISLAMABAD (92 News) – The opposition parties in the Senate has rejected government’s decision to increase the Hajj expenditures. Jamaat-e-Islami Senator Mushtaq Ahmed, who tabled the calling attention notice, said that the government had carried out a drone attack on the Hajis. He questioned dismissal of the recommendations of the Council of Islamic Ideology (CII) and the Ministry of Religious Affairs’ request for the subsidy. Marriyum Aurangzeb said that the government is trying to enhance the income as well. “Those chanting the slogans of the change should consider their own slogans,” he said. PPP’s Raza Rabbani asked the Minister for Religious Affairs has not turned up, whether he is annoyed with the government. Senate Chairman Sadiq Sanjrani also stressed the need for giving a subsidy to Hajis. On the other hand, the government has held the Saudi government for an increase in the Hajj expenditures. State Minister for Parliamentary Affairs Ali Muhammad Khan said that they are trying to minimize the burden on the pilgrims. The federal cabinet on Thursday announced the Haj Policy 2019 under which the cost of performing the ritual under the government scheme has been fixed at Rs456,426 (with Qurbani), against last year’s expense of Rs280,000 per person. Now, every individual will have to pay an additional Rs176,426. Under the Haj Policy 2018, the cost of Haj for individuals in the north of the country was Rs280,000 and for the south, it was Rs270,000. However, in the new policy, the cost of Haj for individuals in the north has been fixed at Rs456,426 (with Qurbani) and Rs436,975 (without Qurbani), while for those in the south it is Rs446,426 (with Qurbani) and Rs426, 975 (without Qurbani). In yesterday's cabinet meeting, Qadri had reportedly walked out after his proposal for a subsidy of Rs45,000 per pilgrim was rejected by his fellow members of the federal cabinet. Sources said that Qadri was due to accompany the information minister at the press briefing.