Opposition leaders crying due to their ten years accountability: Samsam 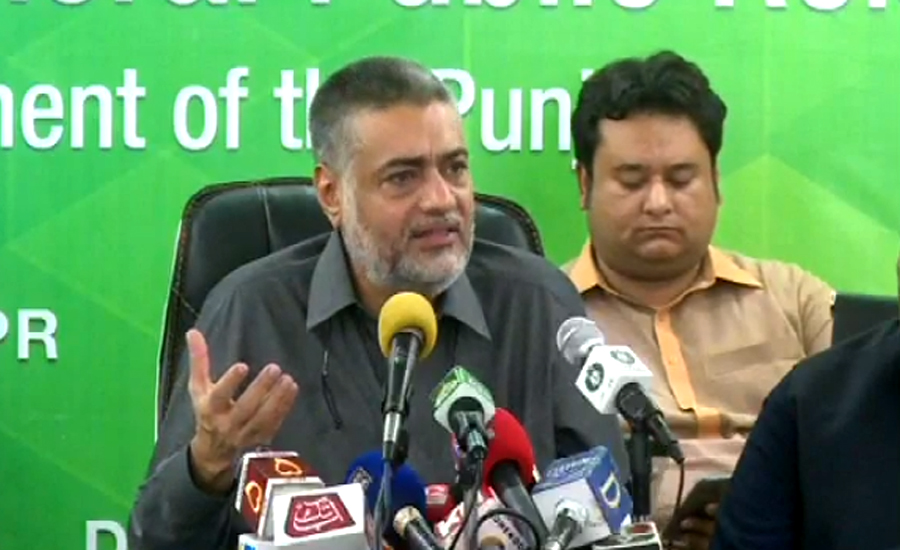 Opposition leaders crying due to their ten years accountability: Samsam

LAHORE (92 News) – Punjab Minister for Information and Culture Syed Samsam Bukhari on Tuesday has said that the opposition leaders are crying because their accountability of past ten years is being held. Criticizing the opposition, the minister said that mentioned that the Pakistan Muslim League-N (PML-N) has planned to spread political anarchy. He asserted that people will not come out on streets to defend anyone’s corruption. Samsam Bukhari asked the opposition’s meetings, rallies and conventions saying that why are they being done at this time only and why was there a disconnect with the masses when these political parties were in power. Bukhari also claimed that international Public Relations firms were on board with the opposition to devise an anti-government strategy and create chaos in the country. He further said that the opposition would be answerable for the projects of ‘Sasti Roti’, Ashiana, laptop scheme and metro. A day earlier, Syed Samsam Bukhari has said that the Pakistan Muslim League-N (PML-N) is trying to pressurize the judiciary.

Addressing a press conference, the minister elaborated that if they did not submit money trail then what would be pressure on the judge sahib. “N league only wants to blackmail the judiciary,” he added.

Syed Samsam Bukhari said that the PML-N has a group of government and non-governmental officials, adding that they issued anti-army statements. “Hudaibiya Paper Mills case is mother of all corruption cases. Many things will be surface in Rana Sanaullah case,” he said. He also said that he was baffled by Maryam Nawaz Sharif’s campaigns, rallies and press conferences owing to her conviction in corruption charges. “It is the first time in history where a convict was hurling blames towards the courts and security institutes of the country,” he added. Bukhari said that Sharif family had been involved in preparing fake documents and tempering record and habitual of attacking on national institutions. He said that PML-N sought to bring Pakistani politics at a point of no return. “During their press conferences, it seems that the Indian representative is speaking instead of Pakistani politicians. The forensic audit of video revealed the truth,” the minister mentioned.