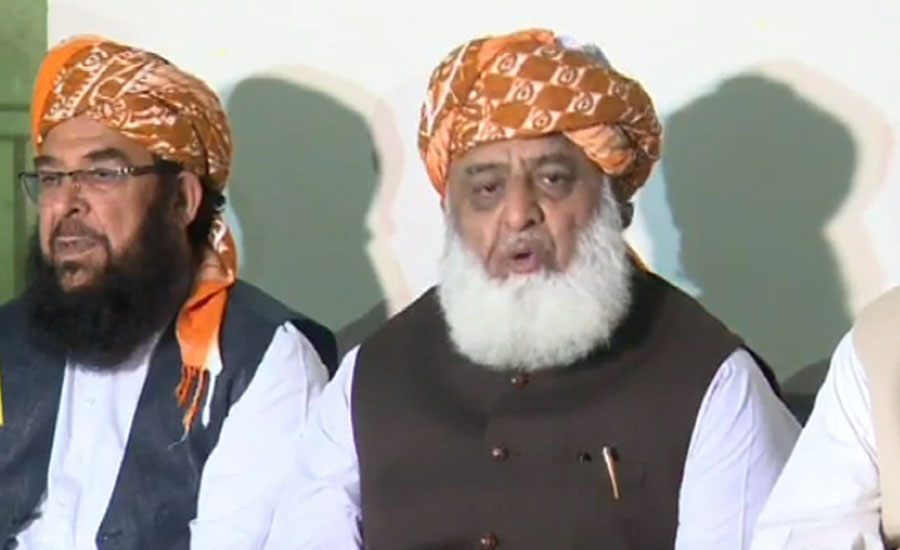 ISLAMABAD (92 News) - The opposition parties are ready to unite under the leadership of Jamiat Ulema-i-Islam-Fazl (JUI-F) chief Maulana Fazlur Rehman. According to the sources, JUI-F, Awami National Party (ANP), Pashtunkhwa Milli Awami Party, Qaumi Watan Party and National Party will be part of the alliance. BNP-Mengal is also part of the opposition alliance. However, all the small opposition parties in alliance expressed reservations on the PML-N and the PPP. The JUI-F chief decided to convene a multi-party conference of like-minded opposition parties after he was annoyed with the top opposition groups for not consulting his party over FATF-related legislation. The JUI-F chief is estranged with the PML-N and PPP leadership over the passage of the FATF-related bills from the Parliament and has linked his participation in the PPP and the PML-N led multi-party conference with an explanation of their acts. Fazlur Rehman has decided to convene a multi-party conference of like-minded opposition parties on his own as sources said that other than the PPP, all other opposition groups have assured regarding their participation in the conference.