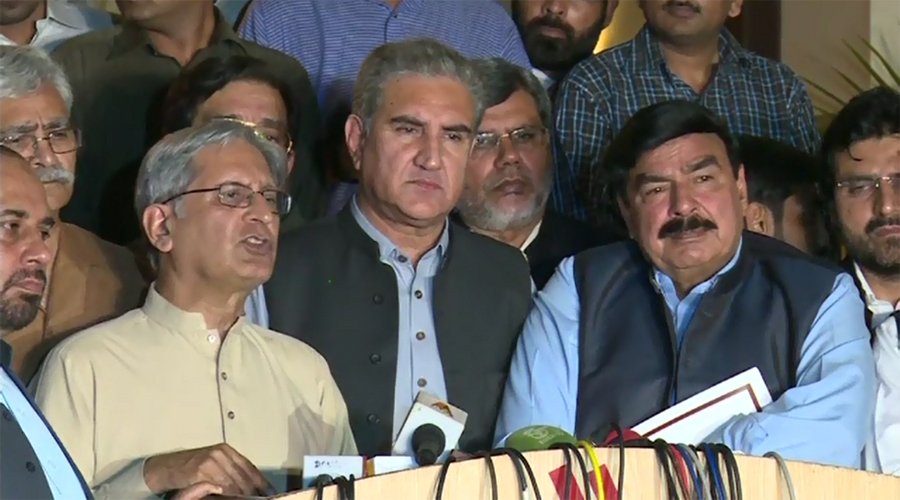 ISLAMABAD (92 News) – The opposition parties have rejected the proposal to launch a movement against the government on roads. They could not reach consensus on demanding resignation from the prime minister. The opposition also decided not to hold dialogues with the government over the ToRs. After the meeting, PPP Senator Aitzaz Ahsan said that an inquiry bill will be moved in the parliament. AML chief Sheikh Rashid said that they will approach the masses if the bill was not approved.