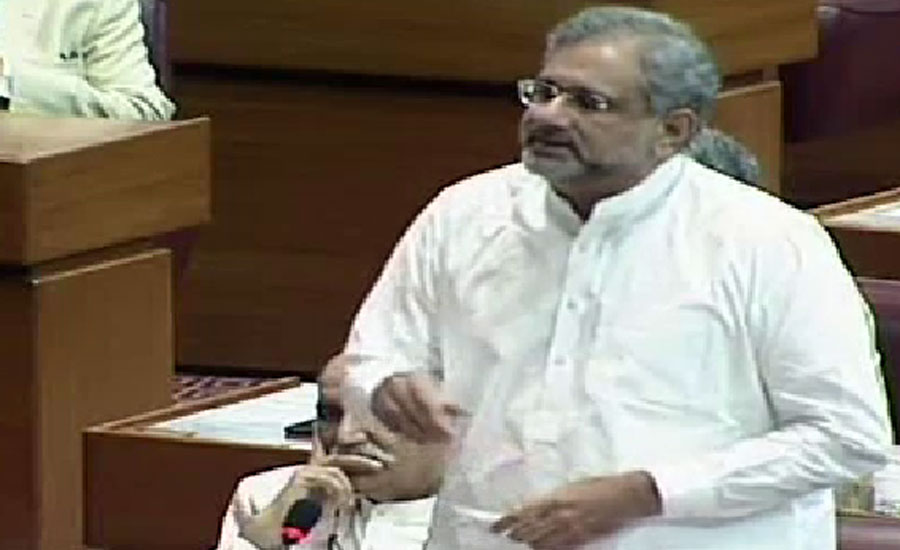 ISLAMABAD (92 News) – The opposition members in the House raised questions on the biasness of National Assembly Speaker Asad Qaiser.

While speaking to the floor of National Assembly, PML-N leader Shahid Khaqan Abbasi said that the NA speaker follows the rules and regulations but not on your desire. "Haven't you read the rules?, questioned, adding that the sanctity of the House should be taken care of. The speaker is becoming a party.

The PML-N leader said that as per the rules of the House, whenever a vote is cast or recorded, it should be recounted as well. He also said that the speaker that the National Assembly "runs according to the rules, not your wishes".

Shahid Khaqan Abbasi mentioned that it was unfortunate for the House that it could not be run by the rules and regulations in three years. said that it is rightful to count votes whenever compromised.

“Khurshid Shah is one of the oldest members of the National Assembly. Mr Speaker, did you not notice Shah’s seat empty in two years? Mr Speaker, have you not read the rules and regulations of the parliament?” he continued questioning.

Meanwhile, PML-N leader Khawaja Asif said that when books are circulated in the House, 22 crore people bow their heads in shame.

JUI-F leader Maulana Asad Mahmood accused the speaker for taking dictations, saying that it was a pity that Makhdoom sitting on government benches dictated to him. "We do not accept the biased proceedings of the House," he added.

NA Speaker Asad Qaiser responded that he does not accept any dictation, nor does anyone dare to dictate to him.

Shah Mehmood Qureshi paid tribute to the NA speaker for his tolerant attitude and said that the personality of the speaker was targeted, the intimidators should tell whether they are respecting him.