Opposition senators being pressurized to vote for Sanjrani, alleges PML-N 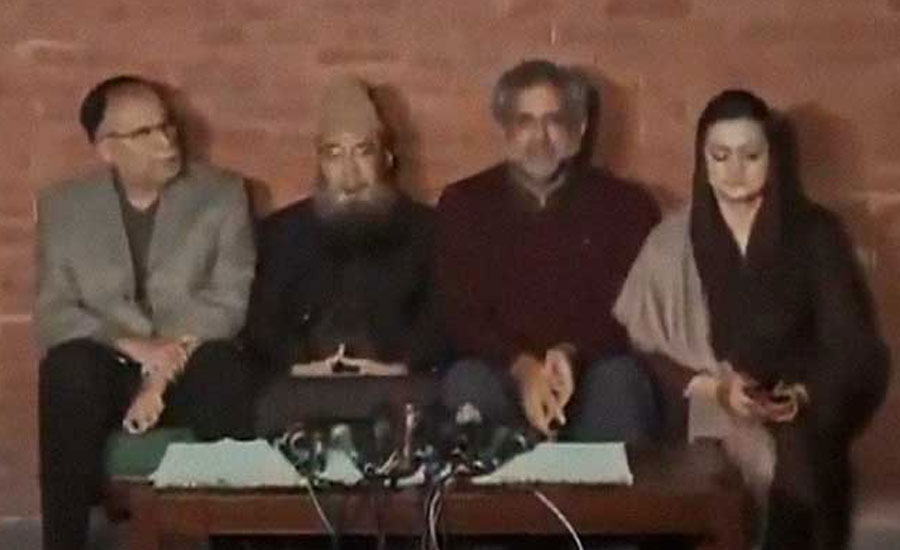 Opposition senators being pressurized to vote for Sanjrani, alleges PML-N

ISLAMABAD (92 News) - The PML-N has alleged that the opposition Senators are being pressurized to vote for Sadiq Sanjrani on Thursday.

Addressing a press conference, alongside former interior minister Ahsan Iqbal, party spokesperson Marriyum Aurangzeb, and Senator Hafiz Abdul Kareem, former prime minister Shahid Khaqan Abbasi said that the efforts are being made to make the election of Senate chairman and deputy chairman controversial and out people are being offered for money.

He also claimed that members of his party have been receiving phone calls urging them to change their votes during the election of the Senate's chairperson and deputy chair.

On the occasion, Hafiz Abdul Kareem claimed that he had received several WhatsApp calls and was told not to vote for PDM candidate Yousuf Raza Gillani for Senate chairman election. "On March 6, I received a call on WhatsApp. Senator Hafiz Abdul Karim says that he was called on March 7 and 9 to support the PTI government's candidate," he added.

Earlier in the day, PML-N vice president Maryam Nawaz claimed that her party’s Senators were being called and told not to vote for the PDM, as the government and Opposition both brace for the Senate chairman and deputy chairman elections.