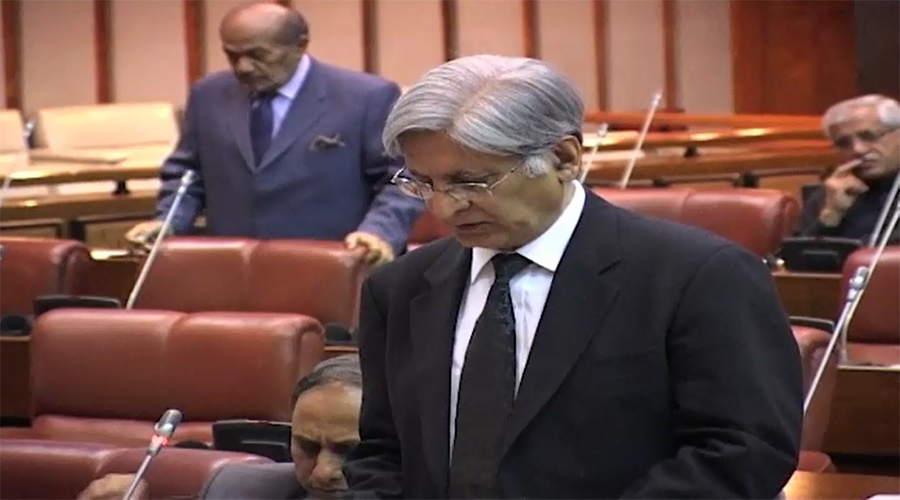 ISLAMABAD (92 News) – The opposition parties staged a walkout after protest in the Senate on Friday. The PPP senators chanted slogans in favor of the Panama Bill. Senator Aitzaz Ahsan said that treasury was being used illegally. “An FIR should be registered against the prime minister for launching an advertisement campaign,” he said. Meanwhile, the Senate passed a resolution to condemn the Quetta tragedy. The resolution moved by Leader of Opposition in the House Aitzaz Ahsan expressed deep grief and sorrow over the loss of precious lives in the incident. The House also passed two separate condolence resolutions expressing grief over the sad demise of former senators Syed Qammaruz Zaman Shah and Nargis Zaman Kyani.