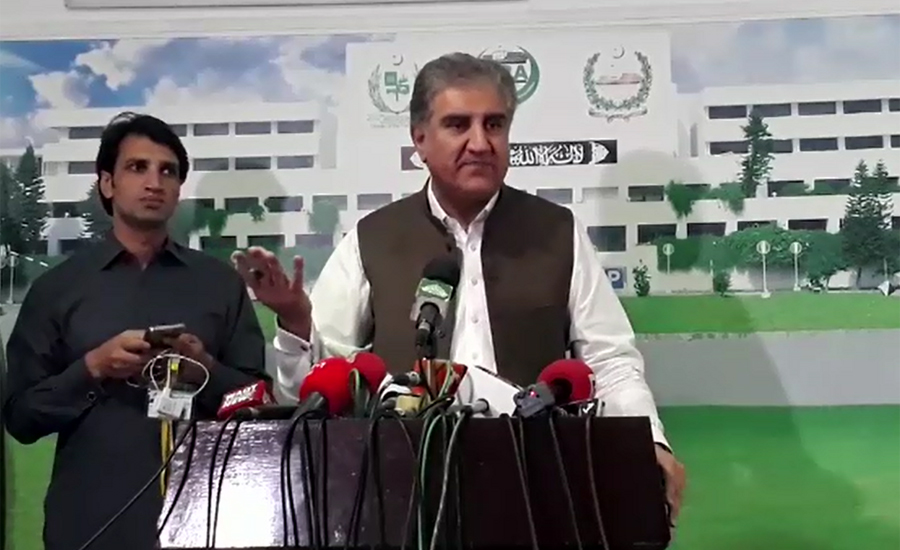 ISLAMABAD (92 News) – Foreign Minister Shah Mahmood Qureshi has said that the opposition wants to politicize the arrest of Shehbaz Sharif. Speaking on the floor of the Senate, he said that the political system is being used as a barrier before accountability. “Everybody knows the way the country was looted. The country was looted mercilessly. We should look at both sides of the picture,” he added. The minister said that the opposition has no courage to listen to them. “The NAB is an independent institution,” he added. He hoped the opposition will help the government in the accountability process. Shah Mahmood Qureshi said that corruption had caused a huge loss to the country. He said that the US has shown disappointment over the attitude of India. “The US has also welcomed the dialogues process. The dialogues have been suspended with India since 2015,” he said. He said that Pakistan stance was presented in an effective way in the United States General Assembly.