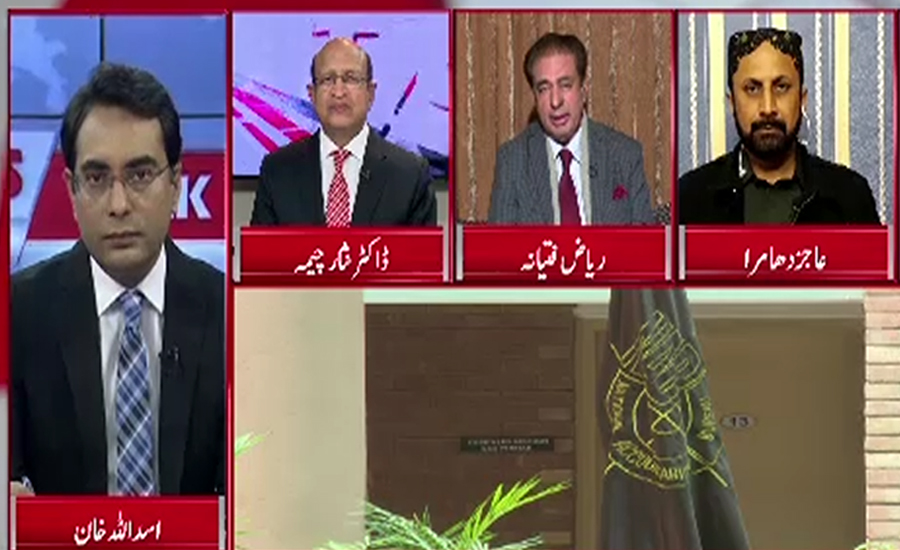 LAHORE (92 News) – Member National Assembly (MNA) Pakistan Tehreek-e-Insaf (PTI) Riaz Fatyana has said that the criticism by the opposition parties on National Accountability Bureau (NAB) Amendment Ordinance 2019 is just only political point scoring. In an interview with 92 News program “Cross Talk”, the PTI leader revealed that Minister for Law Farogh Naseem was onboard with the Pakistan Peoples’ Party (PPP) and the Pakistan Muslim league-N (PML-N) for amending NAB ordinance. “This amendment has been done after taking both parties into confidence,” he added. Riaz Fatyana further said that Prime Minister Imran Khan named the friend for pointing out the business and traders community. The Ministry of Law has issued a notification on Saturday after the approval of National Accountability Bureau (NAB) Amendment Ordinance 2019. Earlier, the NAB Amendment Ordinance 2019 has been challenged at Karachi Registry of the Supreme Court. A citizen Mehmood Akhtar Naqvi has filed a petition at Karachi Registry of the SC challenging the NAB Amendment Ordinance, 2019, promulgated by the PTI-led government through a presidential ordinance on Friday. The petitioner has made the federal government, the Ministry of Law secretary, the Cabinet Division secretaries, Ministry of Interior, Establishment Division, the NAB chairman, the NAB Director General Headquarters and others as party in the case. The petitioner said, “All citizens are equal in the constitution of Pakistan, the amended ordinance is violation of the constitution and the fundamental rights of citizens.” The application pleaded with the apex court to immediately order suspending the National Accountability (Amendment) Ordinance, 2019, while claiming that the amendment was against Article 25 of the Constitution, and an attempt to protect the corruption of ministers and government officials.