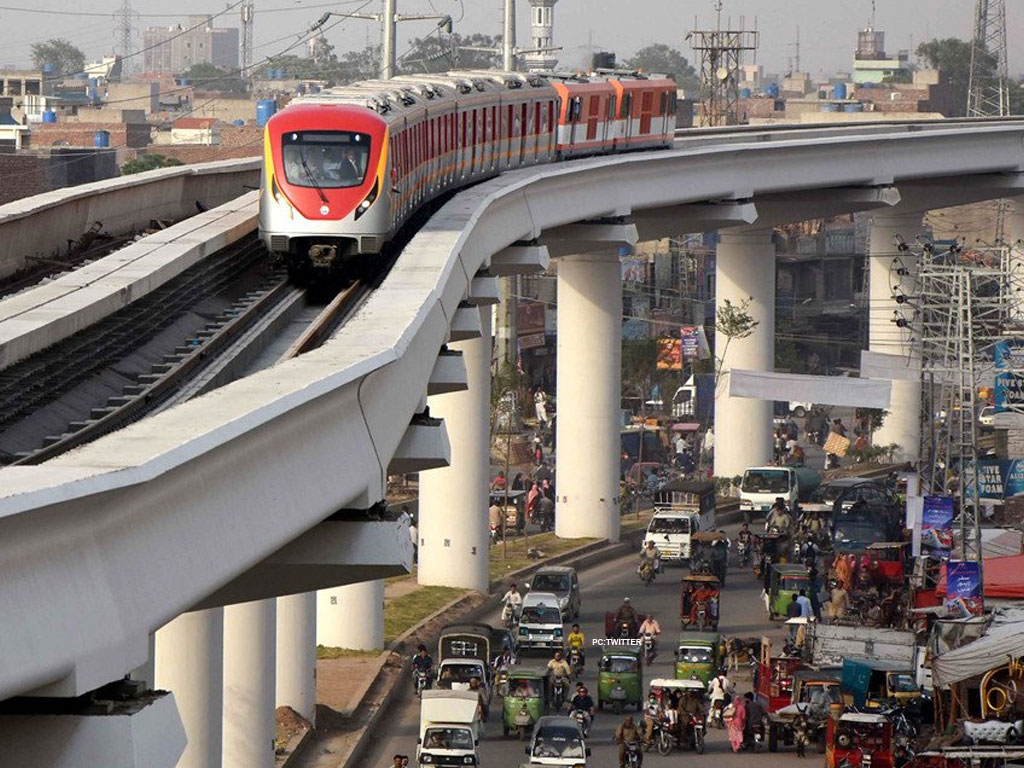 LAHORE (92 News) – After the completion of construction work on 13 stations, much-awaited Orange Line Metro Train will run from October 28. The Metro train will run between Dera Gujran to Anarkali, whereas, the concerned authorities decided to conduct its a test for running it through electricity after the completion of 13 high-voltage substations in Lahore, the provincial capital of Punjab. Punjab Chief Minister Usman Buzdar chaired a high-level session to review the Orange Line Metro Train project and testing phase of the Metro trains through a briefing by the officials. Meanwhile, the meeting decided to conduct a maiden test on the train powered with high-voltage electricity. The Punjab chief minister directed the concerned authorities to expedite the remaining work to make Orange Line Metro Train project functional as soon as possible to facilitate the general public. The chief minister stated that the public would be able to use trains as a new means of transportation in January next year.  CM Usman Buzdar will be the chief guest of the event for the launching of its testing phase.

The Orange Line project, is a rapid transit system under construction in Punjab’s capital Lahore. The line will span 27.1 km (16.8 mi) with 25.4 km (15.8 mi) elevated and 1.72 km (1.1 mi) underground. The line will be served by 26 stations and is expected to handle 250,000 passengers daily. Though it is frequently mentioned as a part of the wider China Pakistan Economic Corridor (CPEC), the Orange line is being financed by the Government of Punjab.