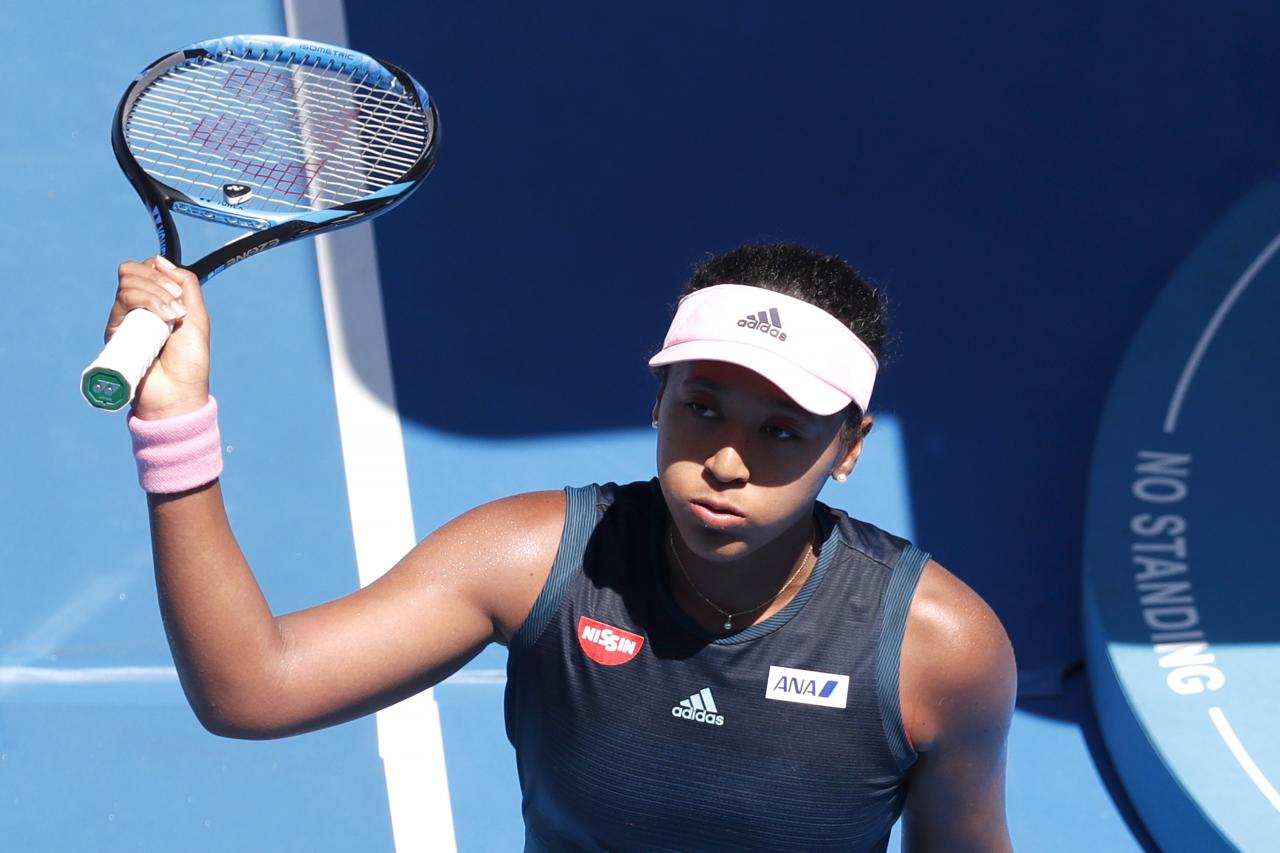 MELBOURNE (Reuters) - US Open champion Naomi Osaka said she drew inspiration from Stefanos Tsitsipas’s shock win over Roger Federer after booking her maiden Australian Open quarter-final spot with a grinding 4-6, 6-3, 6-4 win over Anastasija Sevastova on Monday. The Japanese fourth seed had to come back from a set down for a second successive match at Melbourne Park, having survived a big scare against Taiwan’s wily Hsieh Su-Wei on Saturday. At a tournament featuring thrilling runs by a number of youthful players, 21-year-old Osaka hunkered down to watch 20-year-old Tsitsipas take on Federer on Sunday, and seeing the Greek topple the Swiss master gave her an additional spur. “I was watching all these kids winning and saw Tsitsipas beat Federer last night and was like, ‘whoa’,” Osaka said on court after beating Latvian 13th seed Sevastova at Rod Laver Arena. “I was watching him and also (Frances) Tiafoe, they were playing really well. They came out here against the top players and won. I wanted to do that as well.” Tiafoe had a 21st birthday to remember as the American upset former semi-finalist Grigor Dimitrov in another upset on Sunday. Having beaten Serena Williams in straight sets during the U.S. Open final, there was nothing particularly shocking about Osaka reaching the quarter-finals in Melbourne where she will meet sixth seed Elina Svitolina. Yet she was grateful not to join a long list of first-time Grand Slam champions that have flamed out quickly at their next major. “To reach the quarter-finals here, of course, I’m very happy,” she told reporters. “A little part of me is relieved, because I have never reached the quarter-finals of a tournament (at) a Grand Slam aside from New York. So, definitely this was one of my goals.” Another will be to start better against Svitolina, the reigning WTA Finals champion. Osaka was far from her best as she struggled to hold serve against US Open semi-finalist Sevastova and berated herself regularly during the sun-bathed clash at Rod Laver Arena. She held firm when it counted, however, breaking Sevastova in the seventh game of the decider before sealing the match with an imperious forehand down the line. Osaka’s post-match media conferences have been entertaining, a mix of awkwardness, humour and disarming candour. Having known only tennis since a child, she said she still needed to mature both on and off the court. “I think I don’t really have to deal with the things that I guess normal people have to deal with,” she said. “Outside of the court, too, my maturity level isn’t that big. I don’t have the biggest responsibilities. “I just play tennis, and that’s basically it. On and off the court, definitely I think I need to improve that.”