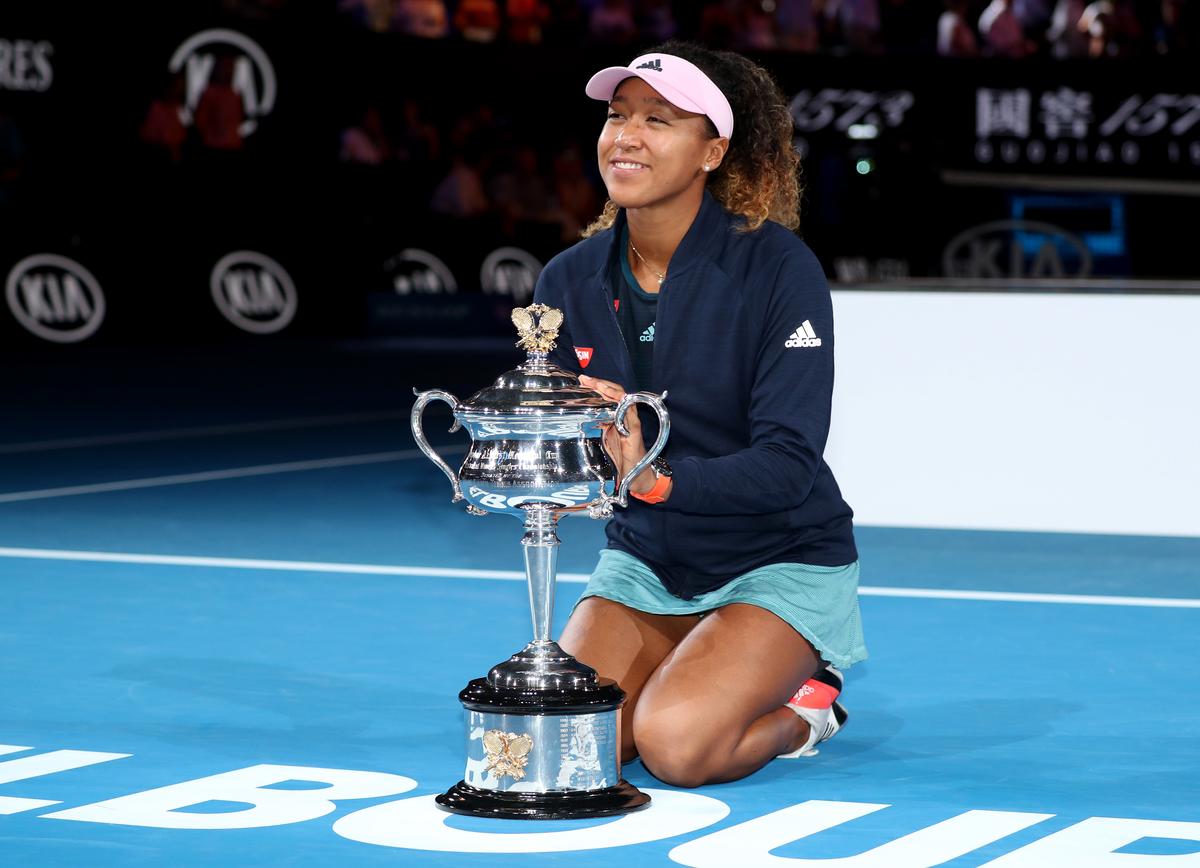 MELBOURNE, (Reuters) - Naomi Osaka overcame nerves and a spirited challenge from double Wimbledon champion Petra Kvitova to claim the Australian Open title with a 7-6(2) 5-7 6-4 win on Saturday. It was a second successive Grand Slam title for the Japanese, after her US Open triumph in September, and she became the first Asian player to claim the world number one ranking in the process. Kvitova saved four matchpoints, showing the same resilience she needed to return to the top level of tennis after a knife attack and lengthy surgery in 2016, but her fightback fell just short. Osaka shed tears after losing the first set from a 5-3 lead but returned to court after a washroom break calmer and more composed. She broke Kvitova in the third game of the final set and converted her fifth matchpoint to end a superb final in two hours and 27 minutes.  The 21-year-old Osaka became the youngest women’s world number one since Dane Caroline Wozniacki, who was 20 when she topped the rankings in 2010. The fourth seed, one of the cleanest strikers of the ball in women’s tennis, also became the first player since Jennifer Capriati in 2001 to win the next Grand Slam after her maiden major title. Osaka took the first set on a tiebreak after both players had exhibited their entire array of shots in a high-quality opening to the match. Kvitova’s serve, which looked impregnable during the early games of the opening set, suffered a dip as Osaka took up unconventional receiving positions, forcing the Czech to make adjustments. Osaka had won 59 straight matches after taking the first set before Saturday’s final and showed why as her serves grew bigger and the winners flowed from her racket in the second. Kvitova broke early in the second set to go up 2-0 but a doublefault from the Czech gave Osaka a second breakpoint opportunity, which she converted to get back on serve. The Czech’s confidence appeared shaken and she was broken to love before another Osaka hold gave the Japanese her fourth straight game in the second set. But the 28-year-old Czech, who had lost just seven out of 33 career finals before Saturday, fought back with booming serves to save three matchpoints and hold for 4-5, before breaking Osaka to draw level. A teary-eyed Osaka could not stop Kvitova’s fightback as the Czech won four straight games to win the set and level the match at 1-1, after the Japanese served her fourth double fault. A break in the third game of the decider, however, proved enough for Osaka, who fell to her knees as Kvitova’s forehand went wide to hand her the title.