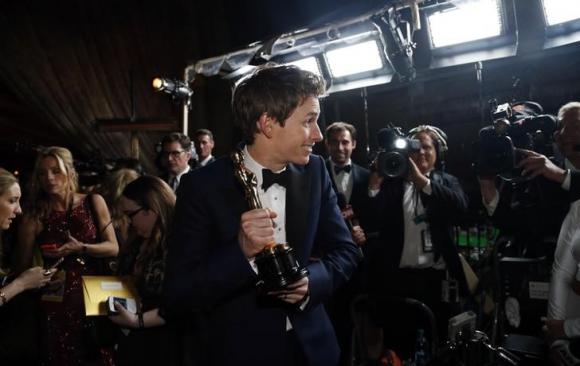 LOS ANGELES (Reuters) - The number of people who watched Sunday's Oscarswas down and the critics were less than impressed, but Hollywood's biggest night is still a top draw for television advertisers. This year's telecast - which producers believed could build off 2014's big audience of 43.7 million - attracted its lowest audience in six years and the oldest demographic ever with a median age of 53. Despite a 15 percent drop in viewership to 37.3 million, however, it is still worth the price tag for advertisers and broadcaster ABC, analysts said. "It's definitely a showcase place to be, and they (ABC) never have a problem selling it out year to year," said Steve Kalb, a director at ad agency Mullen. This year's telecast hosted by actor Neil Patrick Harris commanded $1.9 million for 30 seconds of advertising time, up from last year's $1.76 million, the highest among awards shows. Last year's Ellen DeGeneres-hosted ceremony reaped $95 million in ad revenue, according to Kantar Media. This year's figure is not yet available. ABC pays $75 million annually to the Academy of Motion Picture Arts and Sciences for TV broadcast rights, said Brad Adgate, the research director at Horizon Media. The contract with Walt Disney Co's ABC and the Academy runs through 2020. However, the search for a way to attract the younger viewers that advertisers prize most leads many to believe the Academy might have to make long-term changes to the ceremony. Criticism this year focussed on lack of diversity among acting nominees, clunky jokes and the perennial complaint that it is too long. The show clocked in at three hours and 40 minutes and went past midnight on the East Coast. It also hurt that it was a lackluster year at the box office, and only one film that Americans went to see in droves, "American Sniper," was in the running for best picture. "It's up to the Academy to change it," Adgate said. "It's up to them to make this awards show more compelling." The Academy selects the show's producers and host, and its 6,100 members choose winners on merit. The biggest recent change was expanding the best picture nominees from five to up to 10 for the 2010 ceremony in an effort to boost interest. "As we do each year, the Academy will meet in the coming months to evaluate not only the telecast but also our awards season in its entirety," an Academy spokesperson said in a statement. ABC declined comment. Although the Academy might be taking a long view on how to keep the show relevant in a world where TV viewership is on the decline, advertisers are not likely to complain. They like the Oscars reach, prestige and loyal viewers, particularly among women, said Kalb. One-fifth of Oscar viewers this year said ads increased their likelihood to purchase a product, three times greater than the Super Bowl's audience, according Extreme Reach, a distributor of video advertising.