Osorio bows out as Mexico coach 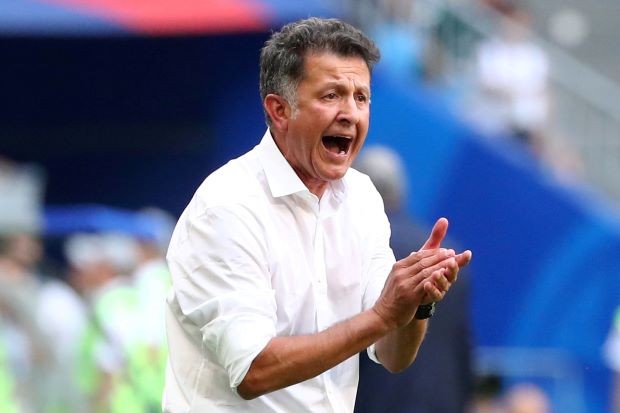 Osorio bows out as Mexico coach

MEXICO CITY (Reuters) - Juan Carlos Osorio, the Colombian coach who led Mexico to the last 16 of the World Cup , is to leave his post, he said . Osorio, who took over El Tri in October 2015, was expected to depart after the finals in Russia, having rejected previous offers from the Mexican Football Federation (FMF) to extend his contract. “In my own name and in that of my backroom staff, many thanks to everyone for this unique and unparalleled professional and life experience,” Osorio said in a statement on the FMF website. The Colombian-born coach was often treated with suspicion by Mexican fans and pundits, and supporters frequently chanted ‘Osorio Out’ at Mexico matches, even when they were winning. However, that changed in Russia after Mexico beat reigning world champions Germany 1-0 in their opening match. The Mexicans qualified second in Group F ahead of the Germans and South Korea but lost 2-0 to Brazil in the last 16, the seventh consecutive time they had gone out in the first knockout round. Osorio, who has extensive experience across the Americas and in Europe, speaks English fluently and has expressed an interest in coaching in Europe.