Our quest for peace must never be misconstrued as weakness: COAS

Our quest for peace must never be misconstrued as weakness: COAS

RAWALPINDI (92 News) – Chief of Army Staff General Qamar Javed Bajwa visited the Line of Control (LoC) and Combined Military Hospital, Muzaffarabad on Monday. In a tweet, DG ISPR Maj Gen Asif Ghafoor said that the COAS had inquired after the health of the people injured by Indian firing along the LoC. 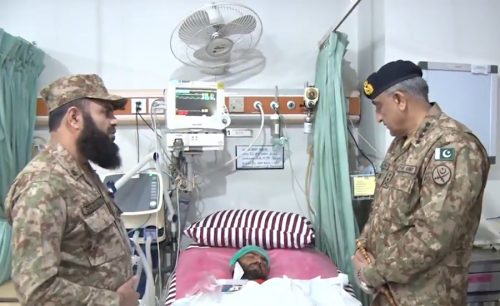 Addressing jawans at the Line of Control, the COAS said: “Our quest for peace must never be misconstrued as weakness. There will never be a compromise on Kashmir whatever the cost. We are capable and fully prepared to thwart any misadventure or aggression for defence of our motherland.” 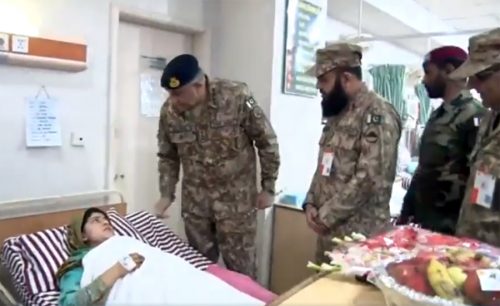 Earlier on Monday, Sonoura Kentaro, Special Advisor on Foreign Affairs to Prime Minister and President Shinzo Abe of the Liberal Democratic Party, Japan called on Chief of Army Staff General Qamar Javed Bajwa. According to a press release issued by the ISPR, matters of mutual interest, including overall regional security situation, were discussed during the meeting. The visiting dignitary appreciated and acknowledged Pakistan’s positive role in the region. Both reiterated the desire to further enhance bilateral relations including efforts for peace and security in the region.