Over 1000 shops razed during anti-encroachment operation in Karachi 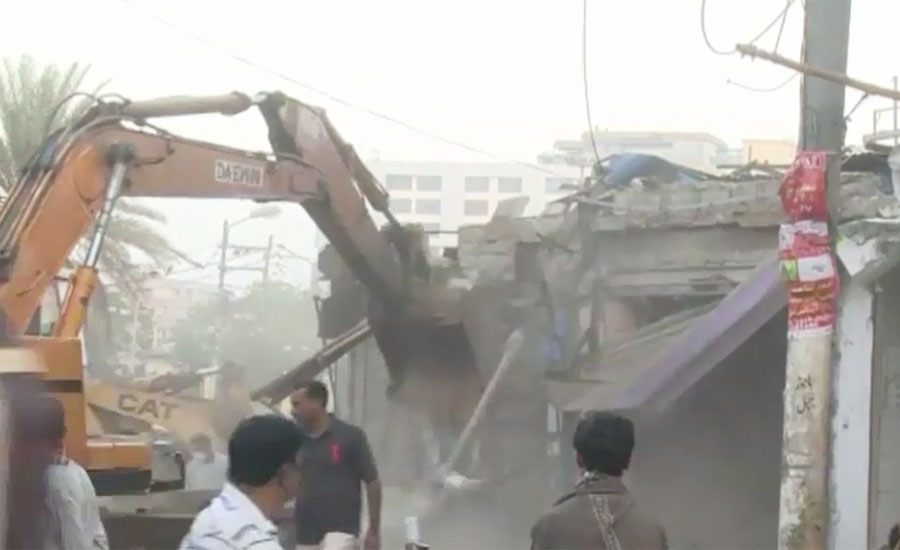 Over 1000 shops razed during anti-encroachment operation in Karachi

KARACHI (92 News) – The anti-encroachment operation is being continued in Karachi and over 1000 shops have been razed during the operation. According to the Karachi Metropolitan Corporation, more than 1000 shops have been razed in Saddar during the ongoing drive against encroachments. The KMC official said that there were parks around 50 years ago outside Empress Market where shops had been built. “Now the administration will restore the place in its original shape,” he added. He informed that parks would be constructed at all the places in Saddar where shops were demolished. He also said encroachments inside the Empress Market would also be removed. “We will also constitute a task force to prevent encroachments from springing up again in future.” It was reported that the traders were served notices to vacate the place before the operation. The shops were demolished including cloth, vegetable, Fruit, birds and teas shops. The KMC officials said that the construction more than one acre would be razed and restore Empress Market into old-shape. During anti-encroachment drive in Empress Market, 1044 shops will be razed and 450 personnel will include as anti-encroachment squad, while more than 50 heavy machines are being used ongoing operation.