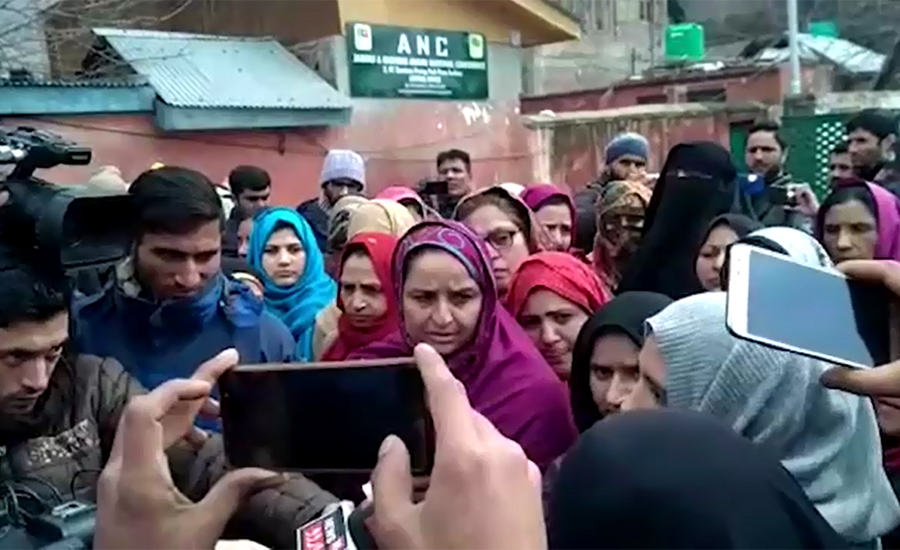 ISLAMABAD (92 News) – Over 200 Pakistani women were trapped in Indian Occupied Kashmir after India’s refusal to give them the travel documents. The women have appealed to Prime Minister Imran Khan and Chief of Army Staff (COAS) General Qamar Javed Bajwa to help them get the travel documents. Sources said that the Pakistani Embassy had issued them emergency passports, but the India authorities stopped them from leaving for Pakistan. They said that the Pakistani women had gone to Indian Held Kashmir after contracting marriages. “A majority of women are divorcees or widows and they have no place to live,” he said. The sources disclosed that several women have committed suicide on their failure to return to Pakistan. The Indian government has accused them of living in the IOK illegally. The sources said that the women have been trapped in IOK for last 14-20 years. The trapped women with their children are protesting for their return to their homeland.