Over 300 flights cancelled due to PIA employees’ strike 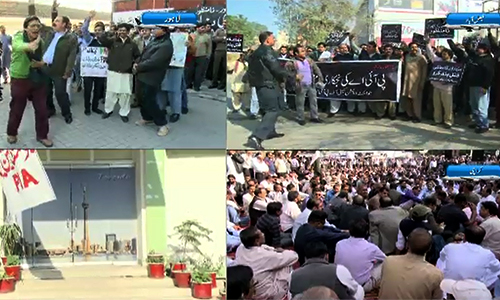 Over 300 flights cancelled due to PIA employees’ strike

ISLAMABAD (92 News) – Over 300 flights have been cancelled due to the strike of the employees against the privatization of the Pakistan International Airlines.

Passengers faced numerous problems due to cancellation of the flights.

Meanwhile, PIA has reached an agreement with Shaheen Airline for the flight operation.

On the other hand, the federal government has formed a four-member committee to proceed against the striking PIA employees.

The Aviation Division has sent a reference to the Interior Ministry under which an employee could either be sacked or sentenced for one year.