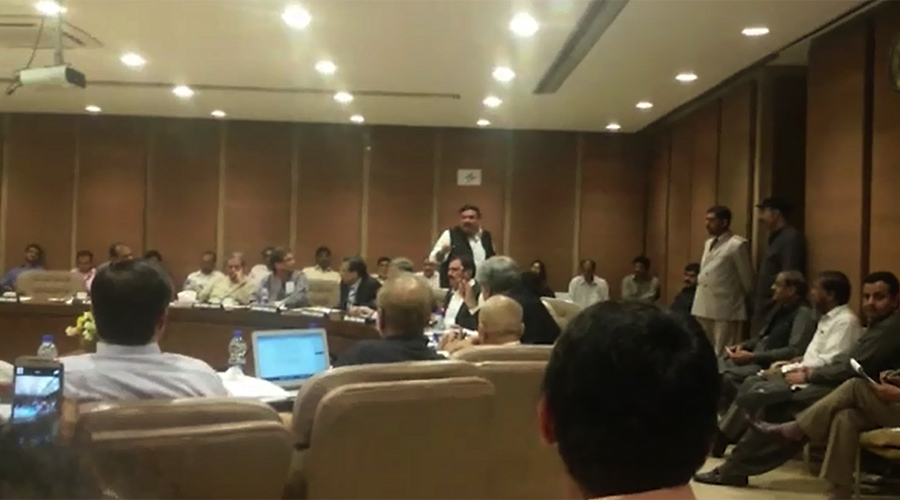 ISLAMABAD (92 News) – AML chief Sheikh Rashid and PML-N leader Mian Abdul Manan had a quarrel over the Panama Leaks during a meeting of the Public Accounts Committee on Tuesday. During the meeting presided over by Opposition Leader in the National Assembly Syed Khurshid Shah, Sheikh Rashid said: “It should be known that who the thief is and who the watchman is?” Later, he staged a walkout from the meeting. Talking to the media, he said that the people devouring the wealth of the nation need a digestive pill. He said that the institutions should tell to which extent they have traced the thieves. In the beginning of the PAC meeting, Sheikh Raheel Asghar adopted the aggressive attitude, while the PAC chairman continued to calm him down. “Now politics has started and we will also play politics. Are the offshore companies of the 1980s beyond the law?” he questioned. PAC chairman Khurshid Shah said that he would not allow anyone to utter a political word over the Panama Papers. The PML-N and the PTI workers also quarreled during the meeting.