Badges of honorary DSP were pinned on him.

Speaking on the occasion, Shaheen Shah Afirdi said that he is proud of being part of the police force. "Police have rendered unlimited sacrifices for peace in the country," he maintained. 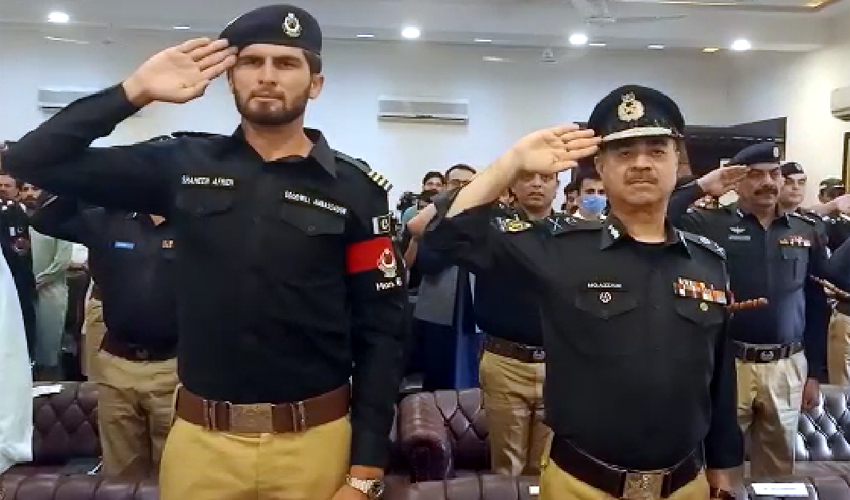 He said that the duty of a police officer is very tough. "My father and brother served the police for 25 and 13 years."

Shaheen Shah Afridi's father was injured in a blast.