Pacquiao returns to Manila and the real work of politics 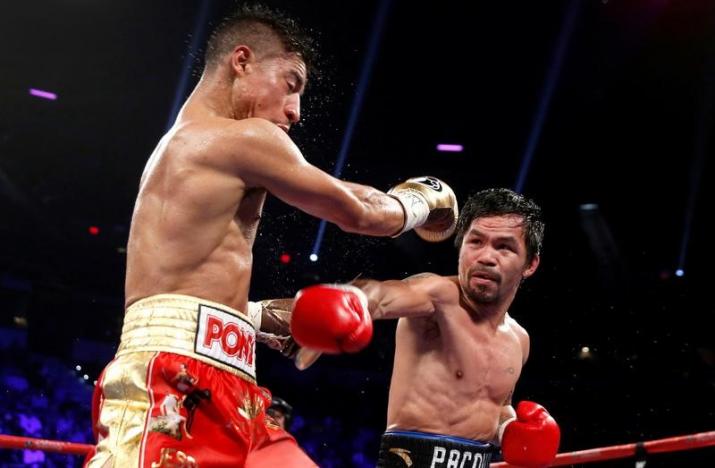 Pacquiao returns to Manila and the real work of politics

MANILA - With another world title won, Filipino boxer Manny Pacquiao touched down in Manila on Tuesday keen to get back to the real work of politics. The 37-year-old senator claimed the WBO welterweight title with a unanimous points victory over American Jessie Vargas in Las Vegas on Saturday, his first bout since April. "I went back after the fight because there is still work at the office and I'm excited to get back to work," Pacquiao, wearing a flower garland, told reporters at the airport alongside Philippine National Police chief Ronald Dela Rosa. "So boxing is done, set aside for now, and just focus on work." The southpaw, winner of world titles in eight different weight divisions and the first sitting senator to win a world boxing championship, has not ruled out fighting again. The former congressman, who has a 59-6-2 win-loss-draw record, said after Saturday's bout that he would like a rematch with retired American Floyd Mayweather Junior who beat him last year. -Reuters