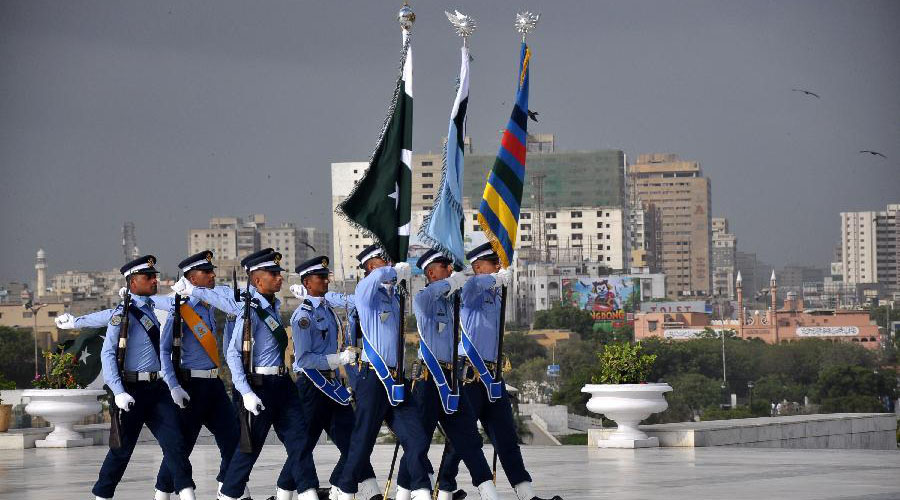 KARACHI (92 News) – An impressive change-of-guard ceremony was held at the mausoleum of Quaid-e- Azam Muhammad Ali Jinnah as the entire nation celebrated Defense day on Tuesday (today). Smartly turned out contingent of Pakistan Air Force (PAF), assumed guard duties at Mazar-e-Quaid on Tuesday morning with traditional spirit and customary enthusiasm to mark the Defense Day. Air Officer Commanding Risalpur Air Vice Marshal Imran Khalid was the chief guest and reviewed the guard. The chief guest laid floral wreath at the tomb of Father of the Nation, Quaid-e-Azam Muhammad Ali Jinnah and offered Fateha. Air Vice Marshal Imran Khalid also recorded his remarks in the visitor book and paid rich tribute to our beloved. Talking to media, he said that the people along with the armed forces taught the enemy an exemplary lesson during the 1965 war. “We are capable of dealing with all kinds of dangers and we are ready to render any sacrifice for the sovereignty of the country.