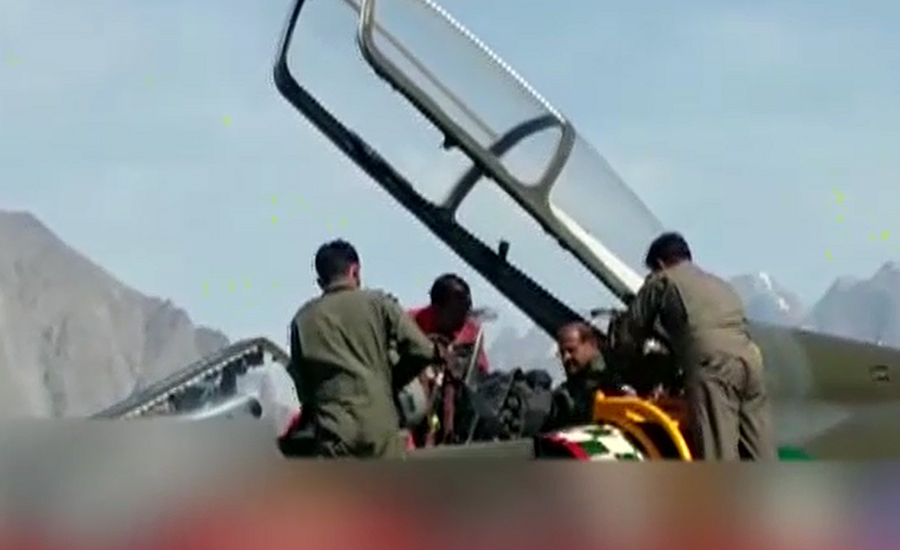 RAWALPINDI (92 News) – Following the threats of Indian air chief, Pakistan Air Force’s (PAF) all forward operating bases have been made operational on Wednesday.

Talking to media Qadri airbase in Skardu after witnessing the exercises of fighter planes, Air Chief Sohail Aman said that Pakistan will give a befitting response to any misadventure from the enemy, adding that the nation should have zero concerns over the statements of the enemy.

“PAF is fully prepared and capable to defend the frontiers of the country, adding that our response to any aggression by the enemy will be such that their future generations will also remember it,” he said.

The Air Chief went on to say that the PAF also played a significant role in anti-terrorism operations. “All the fighter jets have the capability of air-to-air refueling.”

The air chief also participated in the exercises by flying the Mirage fighter jet.

Earlier, in a personal letter to all officers of the Indian Air Force, Air Chief Marshal BS Dhanoa had reminded them to be “prepared for action at a very short notice”.