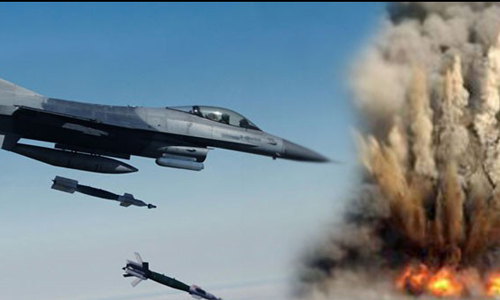 TIRAH VALLEY - As much as 34 suspected terrorists were killed when Pakistan Air Force jets pounded militant hideouts in Tirah Valley of Khyber Agency early on Wednesday morning, ISPR said in a press release.

The attacks that targeted eight hideouts near the Afghan border were based on intelligence reports, the release said.

The security forces have been carrying out ground and aerial offensive against the terrorists in the FATA regions, especially North Waziristan and Khyber Agency which were said to be strongholds of the banned Teheek-e-Taliban Pakisatan (TTP).