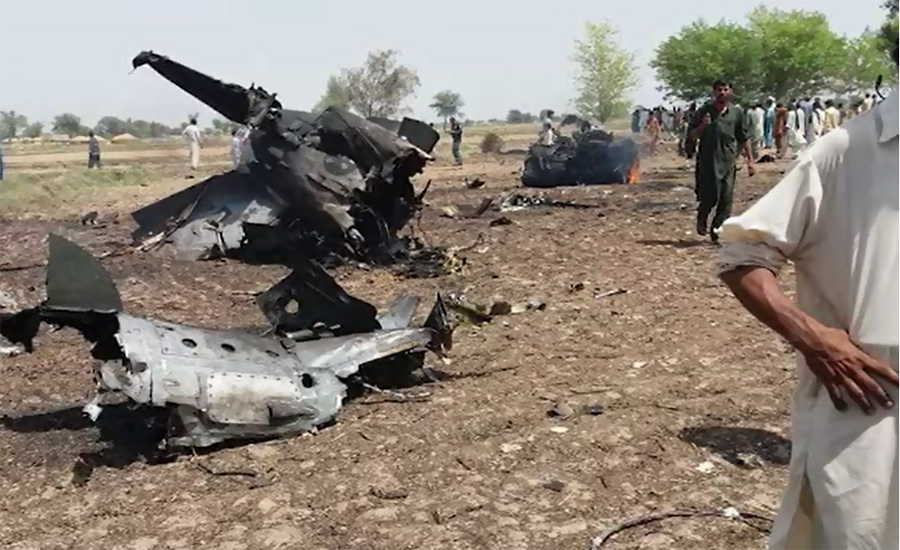 The PAF spokesman said that the pilot remained unhurt as he managed to come out of the plane successfully in time.

He said that no loss was reported at the site.

The spokesman said that the PAF Headquarters has formed an inquiry board to look into the matter.