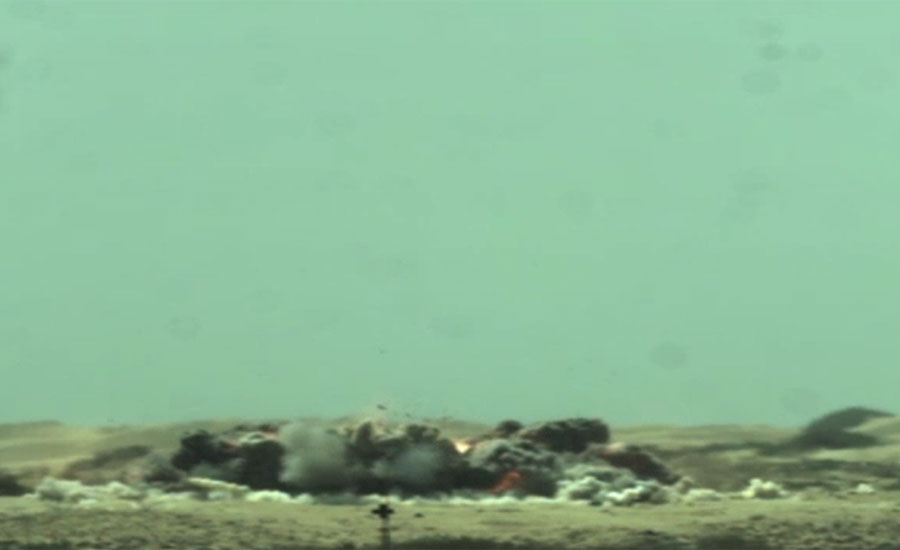 ISLAMABAD (92 News) –The Pakistan Air Force (PAF) has successfully test-fired indigenously developed extended range smart weapon from JF-17 multi-role fighter aircraft on Tuesday. According to press release of PAF, Pakistani scientists and engineers have developed the weapon through indigenous means. The successful trial has provided JF-17 Thunder a very potent and assured day and night capability to engage variety of targets with pinpoint accuracy. Lauding the efforts of Pakistani scientists and engineers, Air Chief Marshal Mujahid Anwar Khan congratulated the personnel on the achievement of this monumental indigenous capability. “Pakistan is a peace loving nation but if subjected to aggression by adversary, we would respond with full force,” air chief marshal said. It is pertinent to mention here the sleek and lethal fighter aircraft JF-17 Thunder stands prominent in its own class of combat aircraft, indigenously built by Pakistan Aeronautical Complex, Kamra in collaboration with China. The JF-17 Thunder jets came into limelight recently during the hostility between Pakistan and India following the latter violated airspace of Pakistan and met with a befitting response. Contrary to Indian claims that Pakistan used F-16s to down Indian planes, the CNN report said it was a JF-17 fighter jet that brought down an Indian warplane in Azad Jammu and Kashmir.

On Feb 27, the Pakistan Air Force (PAF) shot down two Indian jets on Wednesday, giving the first surprise to India.  According to the ISPR, the Indian jets had violated the Line of Control. The PAF gave a timely response and destroyed them. The Pak Army jawans arrested one of the pilots. The wreckage of one of the jets fell in the Pakistani territory, while the wreckage of another jet fell in Occupied Jammu and Kashmir.
DG ISPR Maj Gen Asif Ghafoor has said that the Pak Army and the Pakistan Air Force (PAF) had no option except to respond to Indian aggression. Addressing a press conference on Wednesday, he said that Pakistan does not want to push the region to the war. “No one wins a war and only humanity loses. We are a responsible state and want peace. The war is not a solution to any problem. We do not want to do anything which will prove our irresponsibility,” he said.