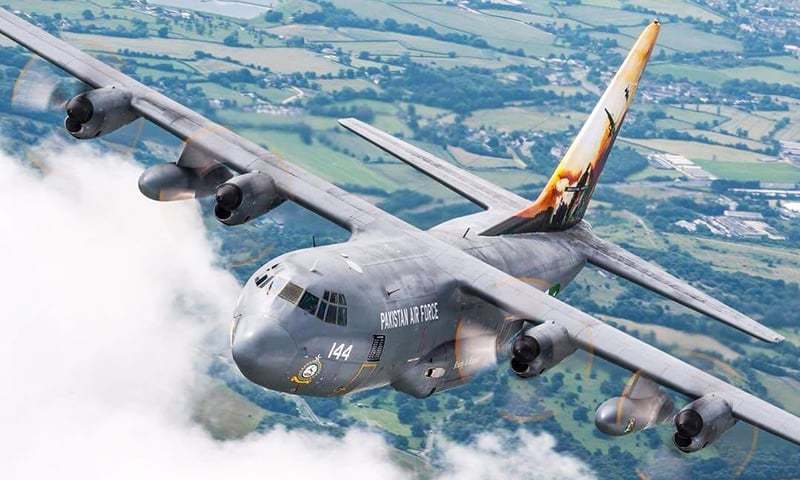 According to a statement issued by the Pakistan Air Force, the No 21 squadron Hercules would be vying for the coveted Concours D' Elegance trophy which will open for the general public from July 14 till July 17.

A PAF contingent comprising of officers and airmen is taking part in the event.

This year theme of the Air Show is 21st Century Partnerships. The PAF contingent comprising air and ground crew will be participating in the various competitions and events organized at this mega event.

PAF C-130 had also won the prestigious trophy last year, when it was adjudged the best aircraft of the show.