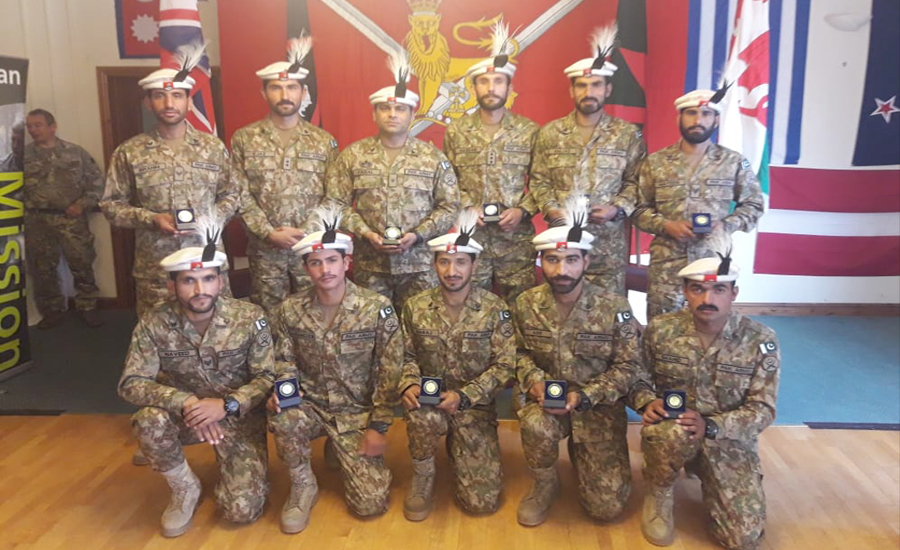 RAWALPINDI (92 News) – An 11 member team of Pakistan Army won gold medal, for the fourth consecutive time, in the world’s toughest Cambrian Patrol competition held at Wales, UK. According to a press release issued by the ISPR on Friday, the Pakistan team was from a Battalion of Northern Light Infantry, the brave soldiers from Pakistan’s Gilgit-Baltistan. As many as 134 teams from 31 countries are participating in the two-week competition which started on October 8. Cambrian Patrol is mission and task-oriented patrolling exercise of 48 hours during which participants of patrolling team cover 60 kilometers carrying 25 kilograms.