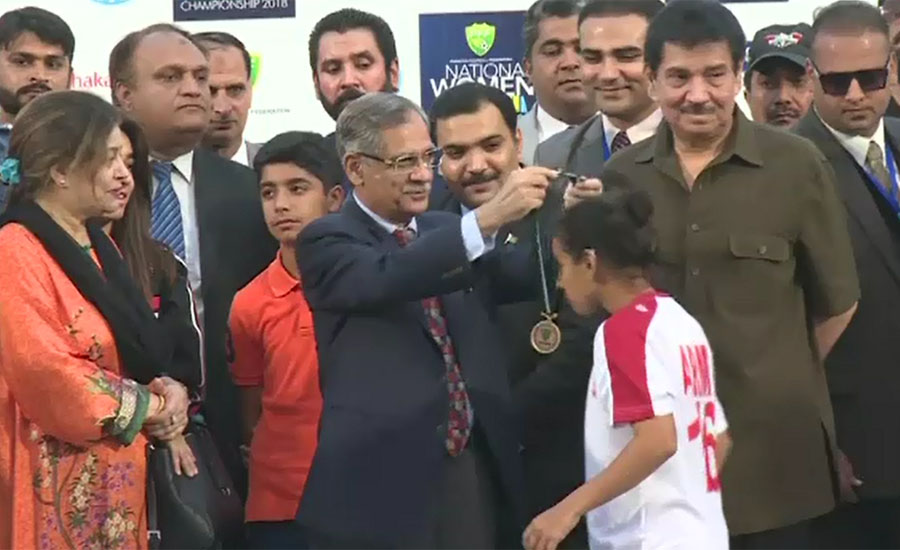 LAHORE (92 News) – Pak Army defeated WAPDA in the final of the National Women Football Championship on Thursday. The winners clinched the trophy on penalty kicks. Chief Justice of Pakistan Mian Saqib Nisar, who was the chief guest, gave away prizes to the winners. Speaking on the occasion, he said that grounds should be among the priorities of the government. He asked the women to play their role in the progress of the country. “Play campuses should be established for women,” he said. The chief justice asked the government to provide funds to promote sports in the country. “We all should struggle for prosperity in the country,” he added.