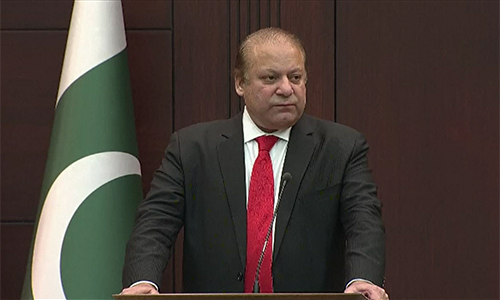 ISLAMABAD (92 News) – Prime Minister Nawaz Sharif has said that Pakistan and China embassies will have to play a role in the completion of the China-Pakistan Economic Corridor project. During his visit to the new building of Chinese Embassy on Thursday, he appreciated the excellent services of Chinese Ambassador Sun Weidong and his team for the promotion of Pak-China friendship. He said that the embassies of both countries in Islamabad and Beijing will have to play an important role to further strengthen the relations. The prime minister said that the new building of the Chinese Embassy is reflection of Pak-China strategic partnership. Earlier, he visited different parts of the new building of the Chinese Embassy. He was warmly welcomed by the Chinese ambassador and staffers on his arrival.