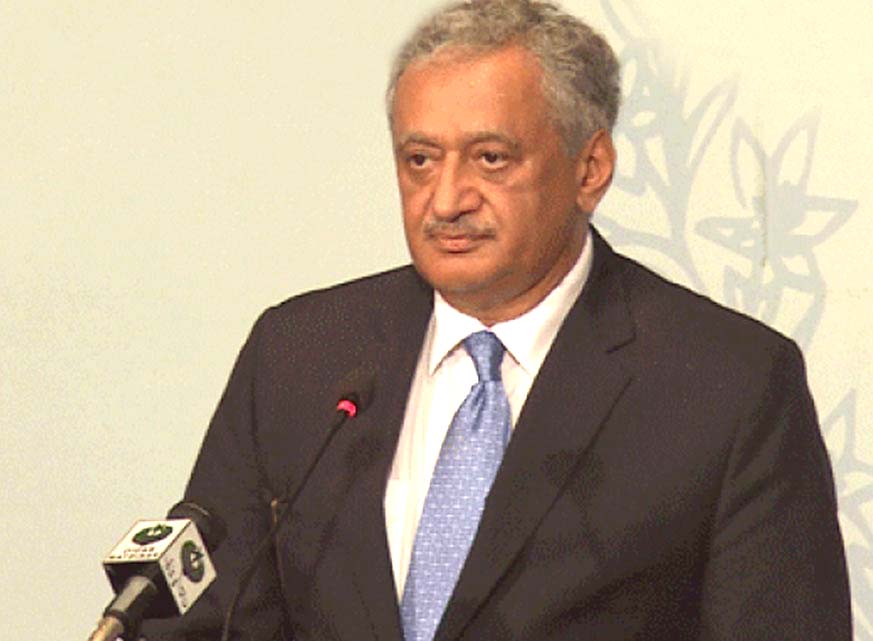 ISLAMABAD (92 News) – Foreign Office Spokesperson Qazi Khalilullah has on Thursday said that India and Pakistan are in contact over Foreign Secretary-level talks.

He said that terrorism is not only India's problem but also that of Pakistan and the world at large, adding that Pakistan condemns all types of terrorism.

The spokesman urged India to do away with practice of hurling unsubstantiated terror allegations against Pakistan, adding that such a practice underlines efforts to eliminate terrorism from the region in a collaborative manner.

He said that Operation Zarb-e-Azb is a major operation against terrorism by any country and the international community including US is recognizing Pakistan’s efforts against terrorism. “Pakistan has sacrificed many lives in war against terror,” he said.