KARACHI (92 News) – Test captain Misbahul Haq has said that the match between Pakistan and India are very important.

Talking to the media after the unveiling ceremony of the ICC Champions Trophy on Thursday, he said that there are some political issues and for this reason, Pak-India matches are not played.

Misbah said that Sarfraz as captain is making good decisions.

“The Pakistan team will make progress if Sarfraz runs the affairs this way,” he maintained. 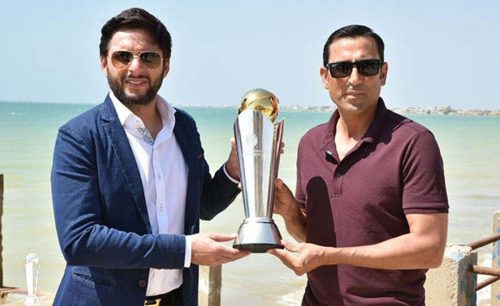 Test cricketer Younis Khan said that bringing of the Trophy to Pakistan is a good sign.

He hoped that the national team will win the mega event.

The trophy was also unveiled at Edhi Home.

Speaking on the occasion, Shahid Afridi said that the return of international cricket to Pakistan will take time.