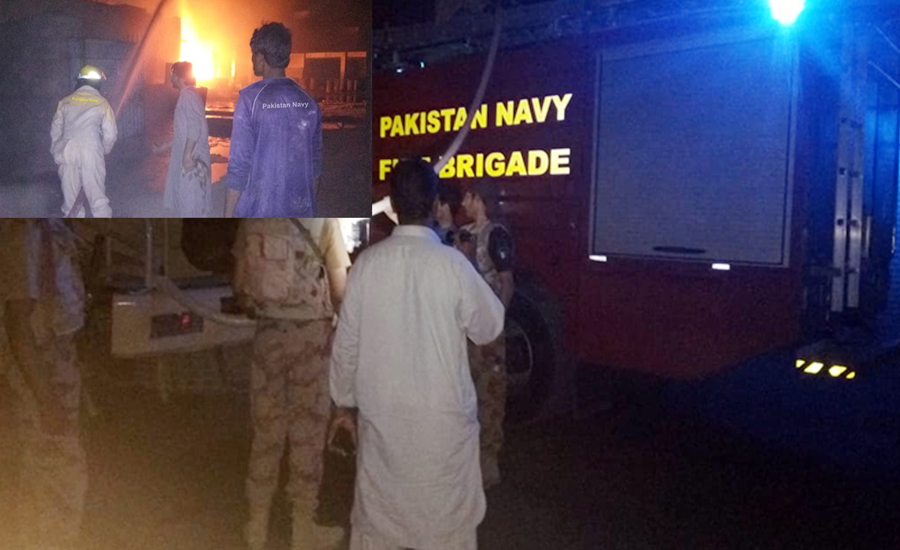 ISLAMABAD (92 News) – The fire that broke out due to sparking in a generator in POL Depot of Sanghanisar near Makran Plaza/ Nabi Post, Turbat was swiftly contained and extinguished by the fire tenders of Pakistan Navy, HQ Makran Scouts and district administration Turbat on Sunday. Upon the request of district administration Turbat, Pakistan Navy Unit SADDIQ promptly dispatched Pakistan Navy fire fighting team, including fire tender. It is pertinent to mention that without PN support (especially by AFFF usage), fire could have not been suppressed and would have spread to other nearby POL shops and caused a great damage. Due to prompt and professional handling by experienced fire fighting team of Pakistan Navy, major losses to the fire were denied and no causalities occurred during the incident. The civil administration and people of Turbat were extremely thankful to Pakistan Navy for prompt response to save the lives and property of local populace.