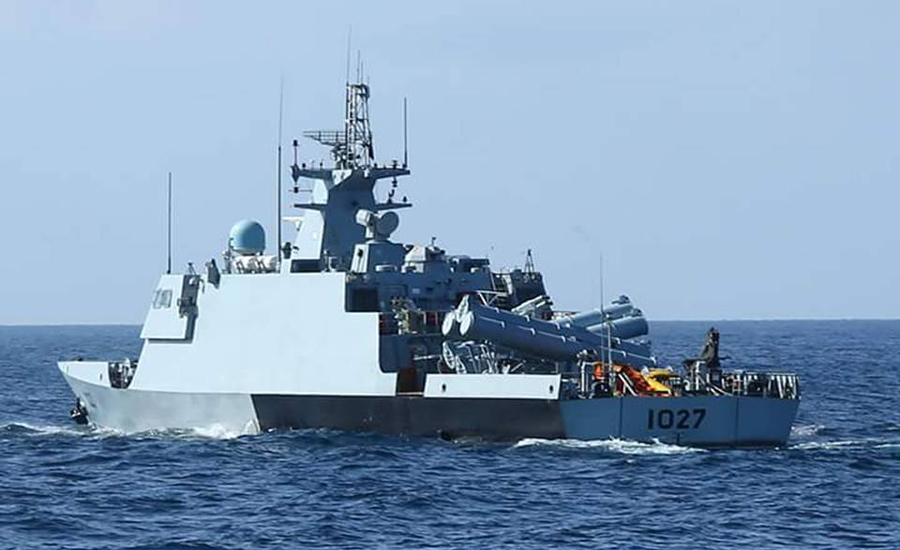 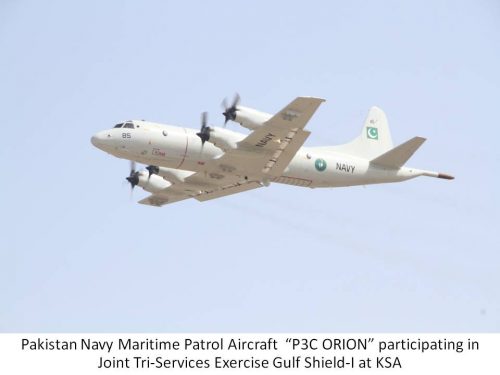 Apart from ships, elements from PN Special Services Group and Pak Marines are also participating in Exercise Gulf Shield-1 as part of the land contingent of all three Services of Pakistan Armed Forces. Moreover, a Pakistan Navy Long Range Maritime Patrol (LRMP) P3C aircraft will also participate in the exercises at sea. Naval Component of Exercise Gulf Shield-1 is hosted by Royal Saudi Naval Forces (RNSF) and will be conducted in Saudi waters in the Gulf. Various activities involving Joint Operational Planning, Training/ Demonstrations, Seminars on professional topics and Cultural/ Social events will be conducted in Harbour phase of Exercise to mutually benefit and generate goodwill amongst participants. Moreover, Irregular Warfare, Coastal Defence, Combat Search & Rescue, Naval Warfare Exercises and extensive flying operations will be conducted during sea phase of the exercise. 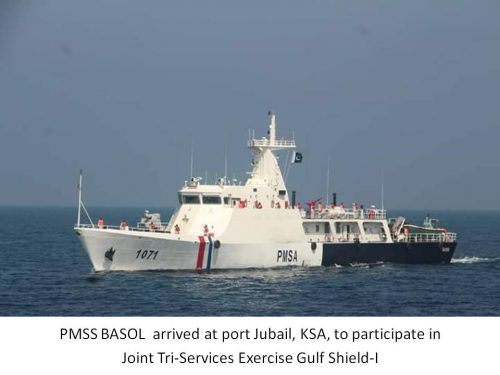 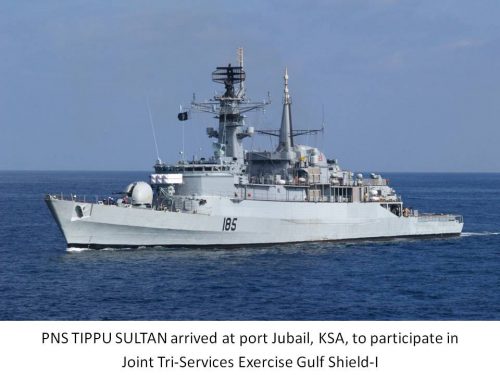 Pakistan is the leading contributor in the Exercise, both in personnel and assets, which is reflective of strong bilateral defence relations between Pakistan and Saudi Arabia. The exercise is likely to further strengthen the existing bonds of defence collaboration between participant nations and demonstrate their resolve for ensuring maritime security in the region.