KARACHI (92 News) – Pakistan Navy conducted a rescue operation in suburb areas of Keti Bandar and ShahBandar in Thatta and Sajawal districts of Interior Sindh which were affected by sea cyclonic storm ‘Kyarr’. Pakistan Navy, on receipt of information, reacted promptly and dispatched the rescue teams along with requisite equipment and boats to the affected sites of Goths Thakar Kario, Hajamro of Keti Bandar and  Gul Muhammad  and Abbas Jatt Goths of Shah Bandar, where approximately 300 homes were flooded by sea water due to cyclonic storm. 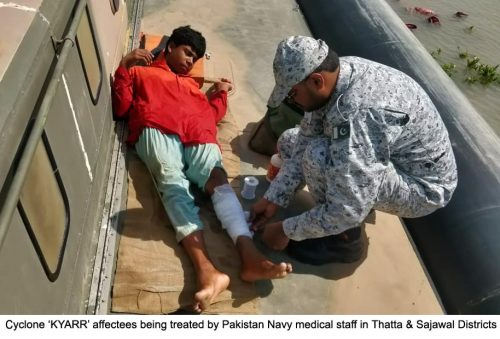 During the rescue/ relief operations, large number of people including women, kids and elderly were evacuated to safer places by Pakistan Navy rescue boats. 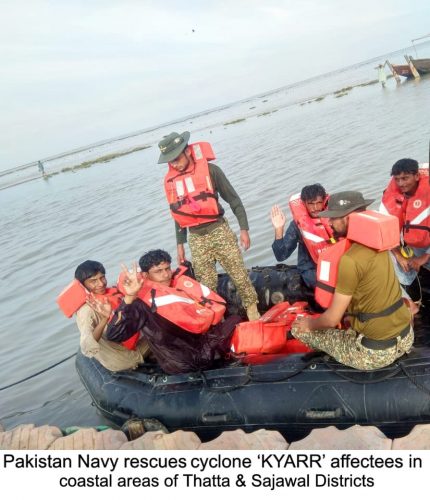