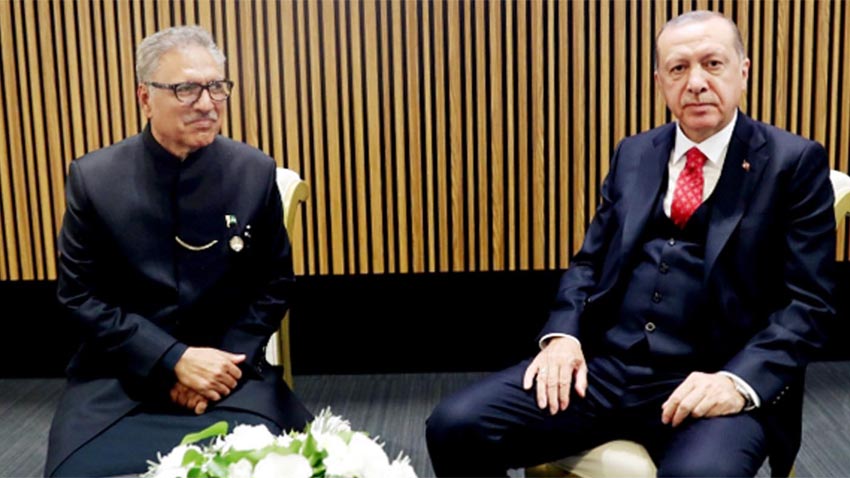 ISLAMABAD (92 News) – President Dr Arif Alvi and President Recep Tayyip Erdogan have agreed to further enhance mutual cooperation between the two brotherly countries for further deepening bilateral relations in all fields. This was agreed between the two leaders in one to one meeting in Istanbul. President Alvi is visiting Turkey on the invitation of Turkish President Recep Tayyip Erdogan for the inauguration of Istanbul's Grand International Airport. On the occasion, President Recep Tayyip Erdogan congratulated President Dr Arif Alvi on his election. He hoped that bilateral relations between the two brotherly countries will further grow under the new leadership of Pakistan. President Alvi stressed the early conclusion of bilateral Free Trade Agreement and increasing the bilateral trade between the both countries. He expressed satisfaction at growing Turkish investment in Pakistan and also hoped that Turkish investors will further benefit from various investment opportunities in Pakistan. Arif Alvi thanked his Turkish counterpart for warm welcome and hospitality accorded to the Pakistani delegation during the visit. He also invited Turkish President to visit Pakistan at his earliest convenience. President Dr Arif Alvi also attended the reception hosted by the president of Turkey in the honor of visiting Heads of State and Government on the occasion of 95th Republic Day of Turkey.