Pak-UK relations are based on friendship and mutual respect: COAS Qamar Bajwa Pak-UK relations are based on friendship and mutual respect: COAS Qamar Bajwa

LONDON (92 News) - Chief of Army Staff General Qamar Javed Bajwa has said that the Pak-US relations are based on friendship and mutual respect.

He was addressing as the chief guest on passing out parade of the 213th Regular Commissioning Course known as Sovereign’s Parade held at Royal Military Academy Sandhurst (RMAS) UK, on Friday. 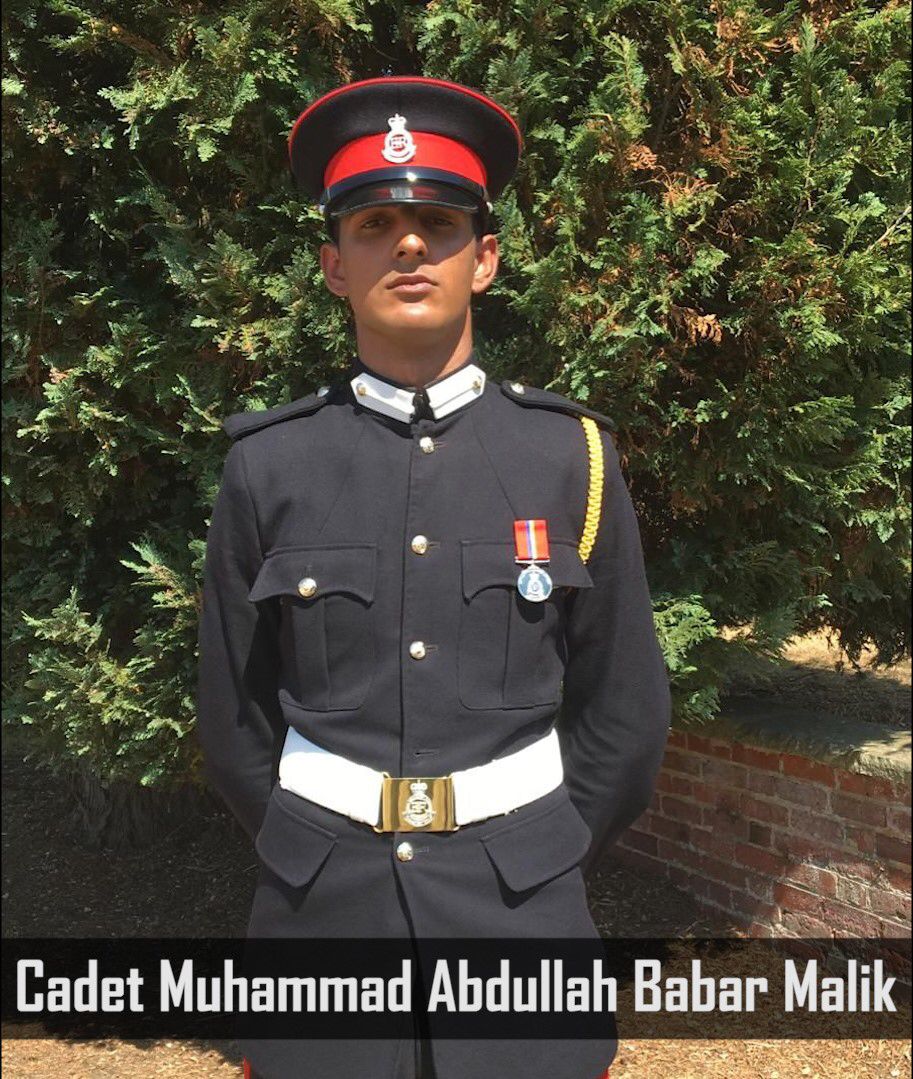 On arrival at RMAS, COAS was presented salute by the parade and he reviewed the parade. The parade March past the saluting dias. COAS Qamar Bajwa also addressed the parade. The COAS congratulated the passing-out cadets on achieving this milestone. He also gave awards to the distinguished cadets. 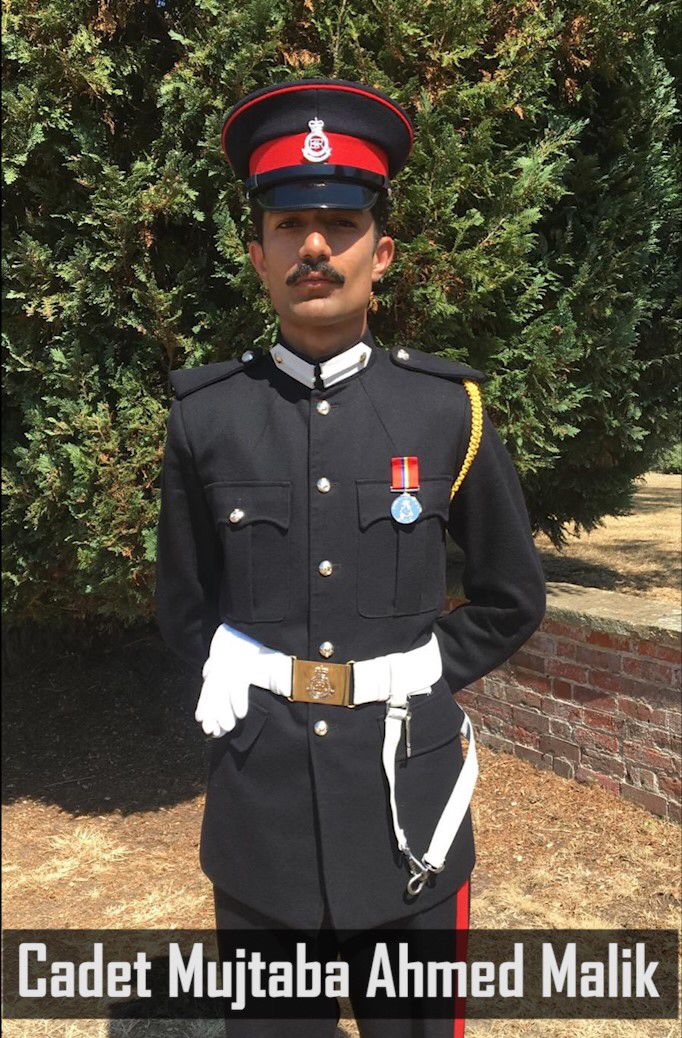 It is indeed a unique honour and great privilege for me to be at Sovereign’s Day Parade at Sandhurst. First and foremost, let me congratulate all graduating cadets and their families on successful completion of training at the academy.

Sandhurst, for over 200 years, has groomed young boys and girls from United Kingdom, Common Wealth Countries and Royalty from across the globe – your alma mater is without a doubt, one of the finest military institutions in the world which has produced some of the greatest military leaders that this world has seen. Graduating from Sandhurst is of course a matter of great honor and pride. Today, I see that pride on your beaming faces, just as I see it reflected on the faces of your loved ones sitting across the square. You all deserve this moment of fulfillment - you, for the remarkable hard work and dedication, and your families, for all the patience and support that was lent to you by them. Two Pakistani cadets  would also be graduating with you today. Let me say that I am as proud of you all, as I am proud of them.

My presence here today bears testimony to the deep-rooted relationship that exists between Pakistan and the United Kingdom, based on mutual respect and shared values which have been carefully nurtured by both nations over many decades. Our huge Pakistani diaspora in United Kingdom displays the strength of our historic relationship. I am sure that this relationship will scale greater heights in times to come.

Similarly, the bondage between the two armed forces is uniquely special as well, forged on the battlefields of Great Wars and kept alive over the years through exclusive regimental affiliations  and close professional contact in training and a myriad of other military activities.

This day marks the beginning of your formal military service, which is the most distinguished and the noblest of professions. As we celebrate your success today, let me remind you of the responsibilities and the great expectations associated with you by this alma-mater and your respective nations.

The journey that awaits you is challenging as well as exciting. The demands of professional military service will be much high as you grow in service. You need to equip yourselves with lofty attributes of leadership, with clear sense of purpose, to gain respect and trust of your subordinates It is only through development of unwavering trust and confidence that you can instill Esprit-de-Corps in your under command, which will hold you together in times of crisis.

Remember, that no one is born with professional knowledge, it has to be acquired through constant pursuit. Without it, you cannot achieve professional competence, which in turn is the hallmark of successful military leadership.

As a leader today, you need to have courage and ability to take difficult decisions and then accept full responsibility. Correct decision-making requires competence and confidence, which can only be acquired through high class military education, rigorous training and continuous study of military history. In the words of Sir Basil Liddle Hart and I quote “An officer who has not studied military history as science, is of little use beyond the rank of a captain”.

You must also understand that persona of a just and impartial commander, who exhibits merit in dispensation of reward and punishment, is the one who will earn unconditional loyalty and obedience of their under command.

As a direct consequence of the onset of fourth industrial revolution, dual use technologies and niche capabilities led by artificial intelligence are fundamentally altering the character of future war. The battlefield of tomorrow would be characterized by extreme precision, lethality and transparency which would be particularly challenging for military leaders, especially young officers in the battle, both mentally and physically.

This future is inevitable, and each one of you would have to adapt to new realities in the technological domain to ensure successful outcome in the battle. While it is important to understand this change in the character of war, let me tell you about some realities in battlefield that are immune to the ebb and flow of technological advancements and WOULD NEVER CHANGE, let me enumerate a few.

The value of keeping up a brave face in front of your troops, when you are as shattered and frightened inside as all of them.

The contagious energy that you would instill in your troops, when you would lead them by example and not merely by words. Remember, when lot of lead is flying in the air in the battlefield, an officer never says advance, rather always says follow me.

The importance of keeping the wellbeing of your troops ahead of your own, is the hallmark of a successful military leader.

The essence of the last point cannot be better articulated than what was said by Field Marshal Philip Walhouse Chetwode, who said and I quote:

These eternal words are boldly etched even today on the walls of Brig Francis Ingall Memorial Hall, in Pakistan Military Academy to remind every officer cadet of the importance of these essential tenets of military leadership.

The primary reason for armed forces to exist today, should not be to prosecute wars, but to ensure that they do not take place. Mankind’s destiny, more than ever before, hinges on our collective capacity to come together and take the route of peace and cooperation instead of conflict, communication instead of clash and multilateralism instead of self-preservation.

In the interest of world peace, we must strive to preserve the vitality, relevance and internal sense of impartiality in multilateral institutions, maintain consensus on the collective defense of global commons and uphold the prestige of international law. In case we fail to do that, I am afraid we may end up destroying the beautiful world, that we have.

In the end, my dear officer cadets, I wish and pray for your rewarding careers ahead. May you serve your countries with honor, dignity and pride. Taking this opportunity, I would like to applaud efforts of Commandant and his team for this impressive parade and finally before leaving the podium, I would like to pay my rich tribute to Major General Duncan Capps, Commandant Royal Military Academy who is retiring today. Be rest assured General, that your 37 years of meritorious services will always be remembered and acknowledged. I wish you all the best and God speed for your future endeavors.

I Thank You All !