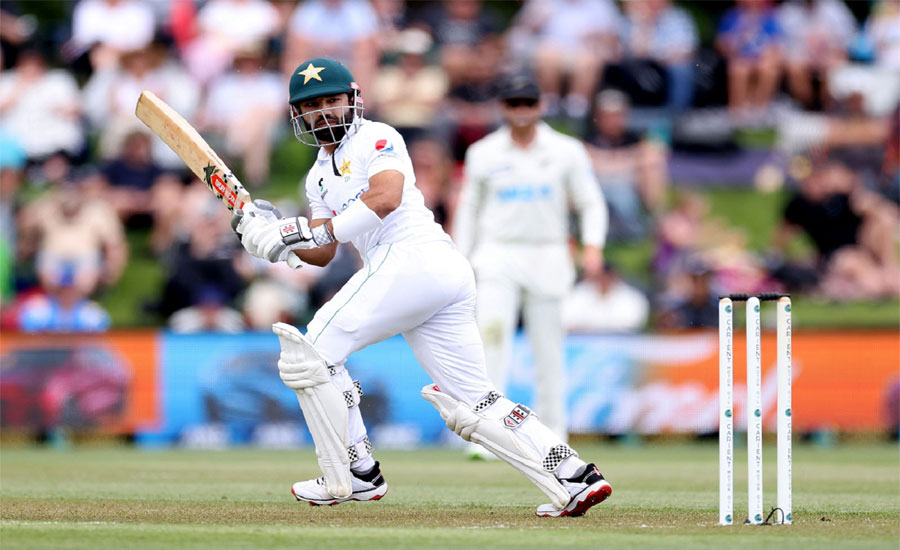 CHRISTCHURCH (AFP) - A formidable innings by right-handed batsman Azhar Ali led the green shirts' fightback against the Kiwis on Sunday during the first day of the second Test match against New Zealand.

Pakistan were dismissed for 297 runs in their first innings with former Test skipper Azhar Ali scoring an impressive 93 runs before he was caught out.

After Pakistan's upper order mishap, Rizwan and Azhar Ali built a solid partnership to ensure Pakistan was out of the woods. Rizwan chipped in with an impressive 61 runs.

The Kiwis will begin their innings on Monday against Pakistan.

Pakistan's opening order once again failed to impress, collapsing like a house of cards against New Zealand's pace attack. Jamieson proved to be the pick of the bowlers, picking up five wickets courtesy of his disciplined bowling.

When New Zealand captain Kane Williamson won the toss his response was "bowl, obviously" when asked what he wanted to do on the green Hagley Oval surface.

The decision was vindicated when Tim Southee trapped Shan Masood directly in front with a toe-crushing yorker in the third over. But it was to be another 16 overs and 62 runs before Pakistan lost their second wicket.

Nicks that were caught behind the stumps in the first Test went wide of the cordon as Abid and Azhar Ali set about rebuilding the innings. But, on the final ball of Jamieson´s fifth over, Abid Ali went for 25 when a lighter edge was held by Southee at second slip.

Two balls into his next over Jamieson had Haris Sohail caught in the gully by Henry Nicholls for one and in his following over he had Fawad Alam caught behind for two.