Pakistan all out for 376 on second day against Windies 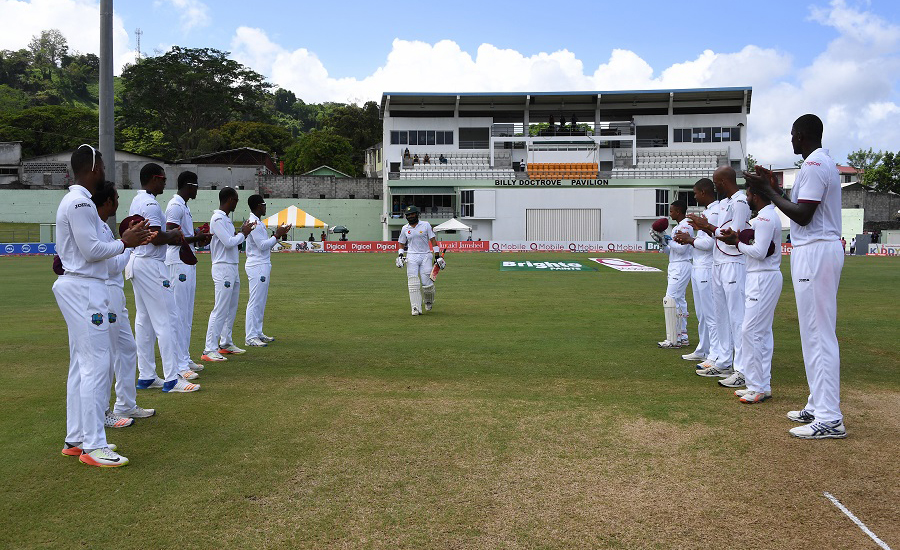 Pakistan all out for 376 on second day against Windies

DOMINICA - Pakistan opener Azhar Ali made his second century of the series as they batted into a strong position on the second day of the third test against West Indies in Dominica.

Azhar laboriously ground out a patient 127 in a marathon stay at the crease before Pakistan were finally bowled out for 376 in their first innings at Windsor Park in Roseau.

West Indies were 14 for no wicket at stumps in reply after Kraigg Brathwaite and Kieran Powell negotiated 11 overs in the deciding test of the series, which is tied at 1-1.

Azhar’s knock was hardly a highlight reel. He faced 334 balls, hitting two sixes and eight fours before being bowled by off-spinner Roston Chase.

Three other Pakistani batsmen chipped in with half centuries including captain Misbah-ul-Haq, who in his final test made 59 before trying to reverse sweep Chase and only succeeding in getting a top edge as he fell to wicketkeeper Shane Dowrich.

Number four Younis Khan, also in his final test, continued a disappointing series when he went lbw for 18 to pace bowler Jason Holder. Younis asked for a video review, which reaffirmed the umpire’s decision.

Pakistan scored at a rate of barely 2.5 an over and, while they made a more than respectable total it was hardly a great advertisement for the five-day format.