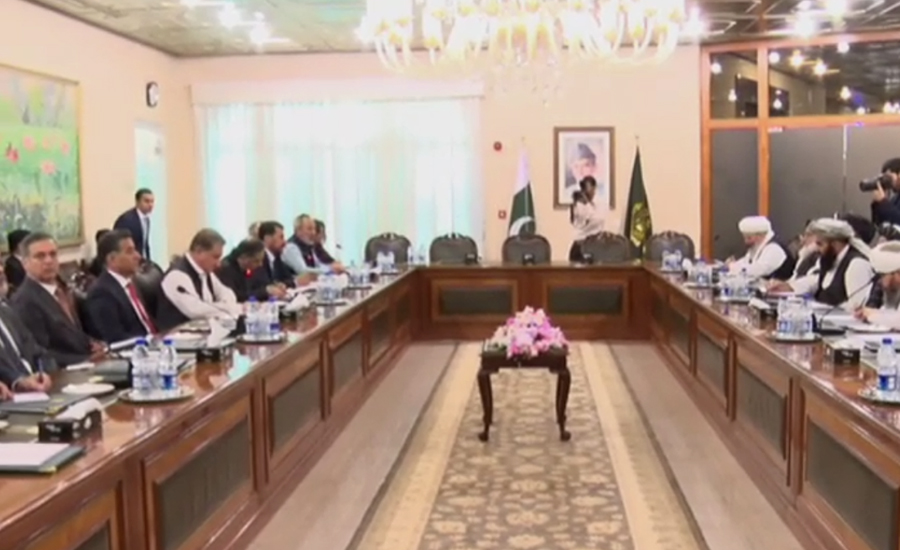 ISLAMABAD (92 News) – Pakistan and the Afghan Taliban have agreed on the importance of early revival of the Afghan peace process. The understanding came at a meeting between the two sides at the Foreign Office (FO) in Islamabad on Thursday. A 12 member delegation of the Afghan Taliban under the leadership of Mullah Baradar reached the FO to hold a dialogue with Foreign Minister (FM) Shah Mehmood Qureshi. Foreign Minister Shah Mahmood Qureshi led the Pakistani delegation while the Afghan side by Mullah Abdul Ghani Baradar.

In his remarks, Shah Mahmood Qureshi emphatically stated that Pakistan will continue to sincerely play the role of facilitator to make the Afghan peace process successful. FM Qureshi stressed that revival of the peace process is important to pave the way towards durable peace and stability in Afghanistan. He said war is no solution to any problem. “Dialogue is the only way forward for peace in Afghanistan,” he added. The minister said instability in Afghanistan is adversely affecting both Pakistan and Afghanistan. He said the world is now also endorsing Pakistan’s stance on Afghanistan. Shah Mahmood Qureshi pointed out that Pakistan-Afghanistan relations are rooted in common history, faith and culture. He said Pakistan has been hosting the Afghan refugees over the last four decades. 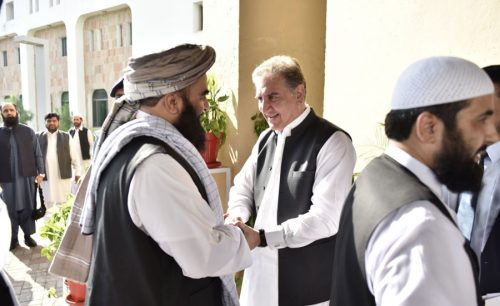 A day earlier, a high-level delegation led by Mullah Abdul Ghani Baradar of Afghan Taliban has arrived in Islamabad. Pakistan’s effort for restoring peace process in Afghanistan as the Taliban have sent a high-level delegation to Islamabad as part of a tour that has included Russia, China and Iran in a push for support to resurrect a peace deal with Washington that seemed imminent just one month ago. Taliban spokesman Suhail Shaheen says in a tweet that Mullah Abdul Ghani Baradar, a co-founder of the Taliban and head of their political office in Qatar, will lead the delegation during talks in Pakistan. The delegation of Afghan Taliban will also meet with PM Imran Khan. American Special Representative for Afghanistan Reconciliation Zalmay Khalilzad is already in Islamabad indicating a possible restart for the recently called off ‘Afghan Peace Talks’. Zalmay Khalilzad had reached Pakistan prior with a 5 member delegation from China.