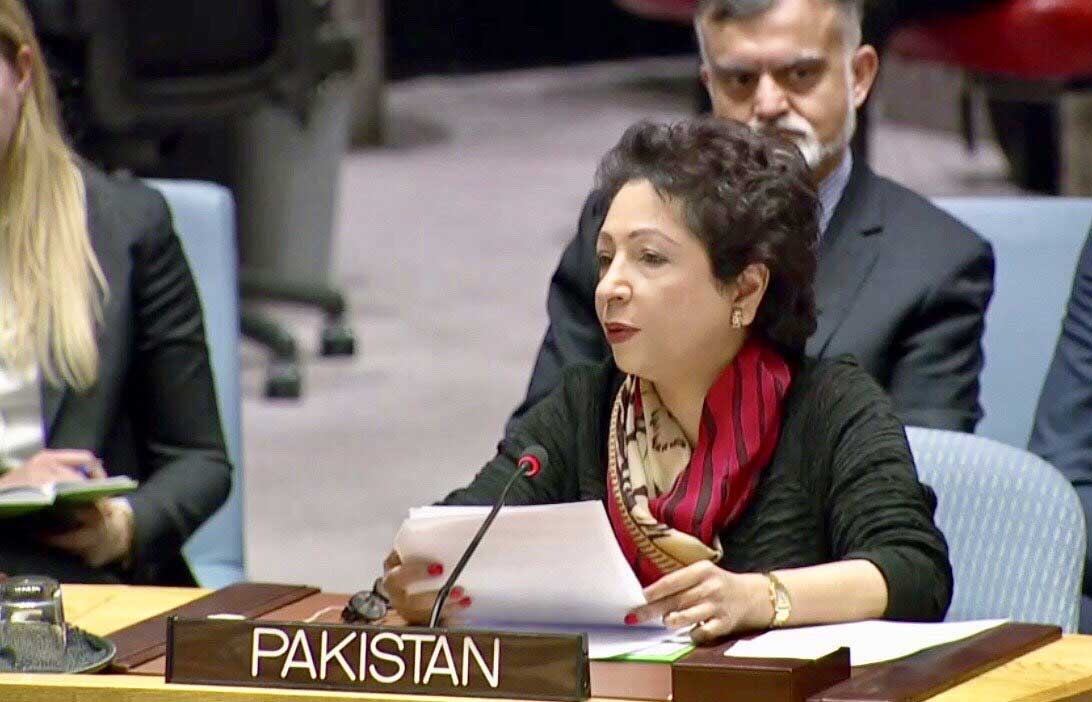 NEW YORK (92 News) – Pakistan has announced a commitment of financial support to UN agency that assists Palestinian refugees on Wednesday. Speaking at a conference held in New York, Permanent Representative of Pakistan at United Nations Maleeha Lodhi said that Pakistan reaffirms its dedication to the Palestinian cause at the 2019 pledging conference. She said Pakistan backed the UN chief’s call and would make a voluntary contribution to the United Nations Relief and Works Agency for Palestine. Maleeha Lodhi expressed hope that the new dawn of Palestinian statehood will emerge sooner when Palestinian refugees can finally return to their homes. The Pakistani envoy said that international community should support openly the Palestinian. “The financial assistance to Palestinian refugees is the proof of principled support by Pakistan,” she added.

Earlier, Pakistan has proposed a six-point plan at United Nations to address faith-based hatred and Islamophobia. The plan was proposed by Pakistan’s Permanent representative to the UN, Maleeha Lodhi at an event “Countering terrorism and other acts of violence based on religion or belie” at UN Headquarters. The event was organized by Pakistan with Turkey, the Holy See and the United Nations to discuss this issue and help in charting a way forward. She said that Prime Minister Imran Khan had repeatedly called for urgent action to counter Islamophobia at various forums. Other speakers also called for effective steps to counter the challenge posed by the growing phenomenon of faith-based hatred and violence. On June 19, at a special meeting in New York, Naleeha Lodhi had called for new United Nations Strategy and Plan of Action to combat Islamophobia and hate speech.  She said an inevitable consequence is to fan the flames of bigotry, intolerance, anti-Muslim hatred and xenophobia. Maleeha Lodhi said Prime Minister, Imran Khan, has recently called for urgent action to counter Islamophobia, which is today the most prevalent expression of racism and hatred against ‘the other’.