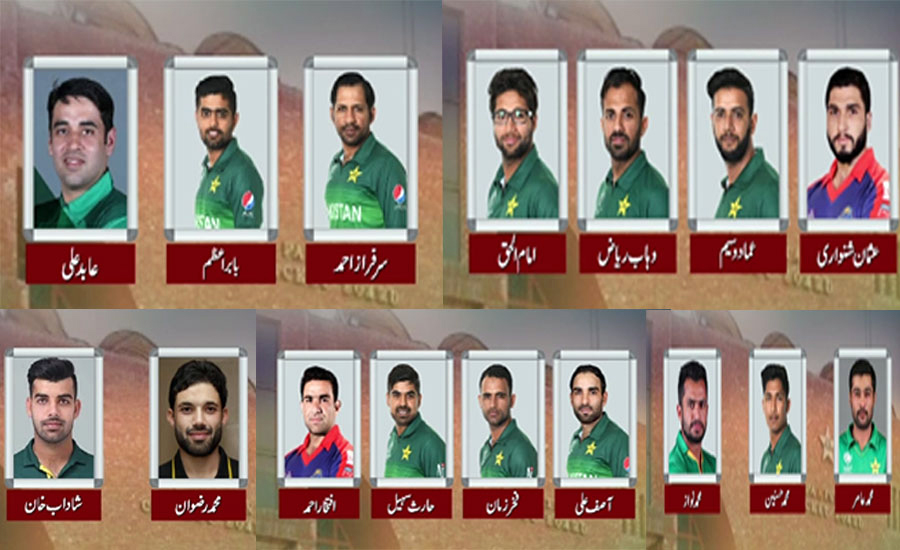 Abid Ali, Iftikhar Ahmed, Muhammad Nawaz, Muhammad Rizwan and Usman Shinwari have earned recalls. Hasan Ali misses out his place in the side due to a back spasm. He will undergo rehab at the National Cricket Academy (NCA) in Lahore.

The squad for the three T20Is against Sri Lanka in Lahore will be announced during the one-day series. Until then, the other players in the probables camp will continue to train at the NCA.

Addressing a press conference, Misbah-ul-Haq said: “After thorough discussions with the members of the selection committee and meticulous planning, I feel we have put together the best possible squad.

“These are the only 50-over matches we play this season and we want to make their optimum use. Over the course of my cricketing career, I have realized there are no easy games and there are no easy opponents in cricket. But, a season-opening series is crucial for setting the tone. It is extremely important that we produce solid performances and have favourable results as it will build the confidence of our players and help in carrying the momentum Down Under.

“The five boys, who have been recalled, were straightforward selections. Iftikhar Ahmed is a batsman who can also bowl off-spin and provides the captain with necessary bowling depth as Sri Lanka boasts a few left-handers in their ranks. Muhammad Nawaz has been performing well in domestic matches. Despite their strong performances, Muhammad Rizwan, Usman Shinwari and Abid Ali were unlucky to miss out the World Cup squad.

“This is, however, a perfect opportunity for these players to prove their mettle in international cricket and cement their place in the one-day side.”