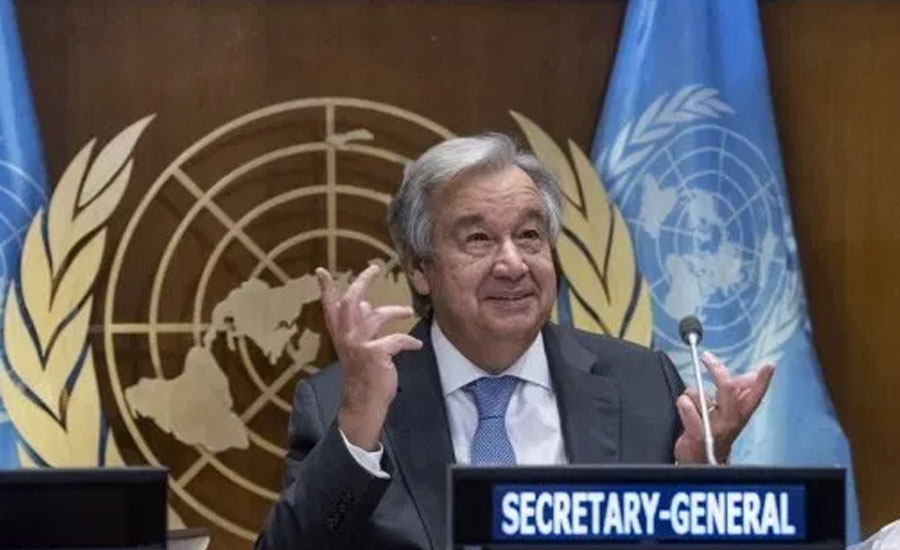 ISLAMABAD (92 News) – Pakistan has expressed its support to Antonio Guterres for his re-appointment as the Secretary General of the United Nations for another five years term.

It was conveyed during a telephonic conversation between Foreign Minister Shah Mahmood Qureshi and the UN Secretary General, a Foreign Office statement said Friday.

“Lauding the UNSG’s leadership during challenging times, the Foreign Minister welcomed his availability to serve a second term in office, and expressed Pakistan’s full support for Guterres’s re-appointment for another five-year tenure,” the statement said.

The conversation encompassed a range of issues on the UN agenda including the COVID-19 situation; economic recovery in the wake of the pandemic; international debt relief efforts; equitable availability of vaccines for the developing countries; peacekeeping; Jammu and Kashmir dispute; and the Afghan peace process.

The foreign minister reaffirmed Pakistan’s abiding commitment to multilateralism, with a strong UN playing a central role for the delivery of its mandates that meet the expectations of member states.

The UNSG valued Pakistan’s constructive contributions towards the effective functioning of the Organisation in the different areas of its work, calling Pakistan a “fundamental partner of the United Nations.”

The secretary general especially lauded Pakistan’s Presidency of the UN Economic and Social Council (ECOSOC) for the promotion of the socio-economic development agenda.

He briefed Foreign Minister Qureshi on UN’s efforts with regard to the situation in Afghanistan.

The foreign minister underscored Pakistan’s positive contributions to the Afghan peace process, noting that it was imperative for the parties concerned to seize the historic opportunity and work together for securing an inclusive, broad-based and comprehensive political settlement while guarding against the role of “spoilers.”

The two leaders agreed that the Afghan peace process should be taken forward through consultations and in a manner that helps establish durable peace, stability and prosperity in Afghanistan and the region.