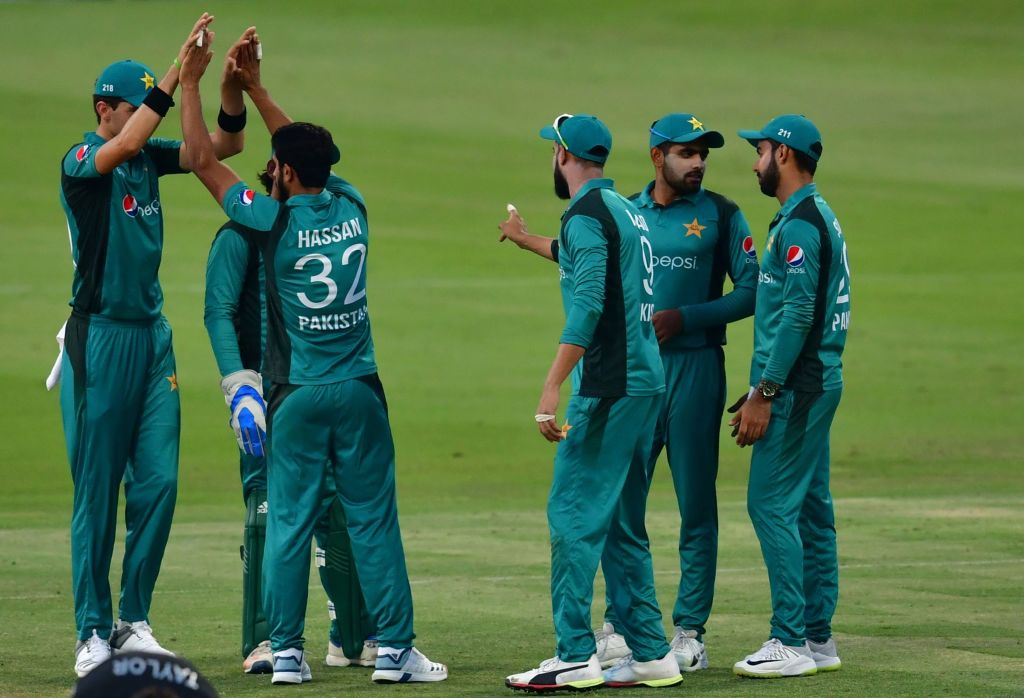 ABU DHABI (92 News) – Pakistan on Friday beat New Zealand in the second ODI after continuously 12 match defeat at the Sheikh Zayed Stadium in Abu Dhabi. New Zealand set a target of 210-run after losing all the wickets. After losing the first game, Pakistan have comeback in the second game of the three match series. Pakistani openers performed well as Fakar Zaman secured 88 runs on 88 balls and helped to chase the target easy for team. However, Imam was retired from the match after getting severe injury. Imam got a 16 runs on 34 balls. Babar Azam contributed 46 score at 50 balls, while Shoib Malik got only 10 score on 13 balls. Skipper Sarfraz lost his wicket on 13 runs at 17 balls. Whereas Muhammad Hafeez secured 27 runs on 31 balls and remained not out. Pakistan chased 210 runs after losing four wickets. Now the third match would be decided the series winner. Pakistani bowlers got the things under control early on in the innings when the first wicket fell for just 14 runs in the second over of the game. Shaheen Shah Afridi was the stand out performer of the day who took 4 wickets in his 9 overs for just 38 runs. Hassan Ali got 2 wickets while Hafeez and Shahdab shared 1 wicket each. Ross Taylor was the only batsman who showed resistance and managed to score 86 not out on 120 balls. Henry Nicholls showed some struggle by scoring 33 of 63 balls but could not convert it into a big total. Over all the show belonged to the men in green. Now it’s up to the batsman that how they chase down this small total. Earlier, New Zealand won the toss and elected to bat in the deciding one-day international (ODI) against Pakistan. The Kiwis fielded the same side, who defeated, Pakistan by 47 runs on Wednesday to take a 1-0 lead in the three-match series. However, the Green Shirts have called in all-rounder Faheem Ashraf in place of fast bowler Junaid Khan, who is suffering from an infection in his right foot toe. Junaid has also been ruled out of the third ODI against New Zealand on Sunday. Both the teams have played six matches in Abu Dhabi so far, out of which, the Kiwis won five while Green Shirts could win only one match. Pacer Trent Boult destroyed Pakistan’s top order batting line during the first game and he became the third New Zealand bowler to claim an ODI hat-trick, reduced Pakistan to eight for three in their chase of 267. He dismissed opener Fakhar Zaman (one), Babar Azam and Mohammad Hafeez on a duck in the third over. Sarfraz Ahmed, Imad Wasim, and Shoaib Malik tried to lift the innings with half-centuries, they could not fix the damage from the first 20 overs of the innings. He will be hoping that his top-order batsmen get some runs under their belt in today’s game. Key players Shadab Khan (Pakistan): The 20-year-old has been an integral component of Pakistan’s bowling arsenal in the last 12 months. He becomes their strike bowler in the UAE, where the dry and slow pitches become conducive to spin bowling. He crippled New Zealand in the middle overs of the innings in the first game and will be expected pick up from there on Friday. Ross Taylor (New Zealand): Taylor, who scored a 112-ball 80 in the first game, is the most experienced campaigner in New Zealand’s batting line-up. The right-hander, who is the leading run-scorer for New Zealand in 50-over cricket in 2018, will be crucial for countering Pakistan’s strong spin-bowling attack in the second game. Conditions The temperature will rise to 31°C at the time of the toss and the weather is expected to be hot and dry throughout the game. The first ODI, which was also played in Abu Dhabi, showed that the surface is not easy to score on and will require application from both the batting units. Squads Pakistan: Fakhar Zaman, Mohammad Hafeez, Imam-ul-Haq, Babar Azam, Shoaib Malik, Asif Ali, Haris Sohail, Sarfraz Ahmed (c/wk), Shadab Khan, Imad Wasim, Faheem Ashraf, Hasan Ali, Junaid Khan, Shaheen Afridi, Usman Khan New Zealand: Kane Williamson (c), Todd Astle, Trent Boult, Colin de Grandhomme, Matt Henry, Tom Latham, Colin Munro, Henry Nicholls, Ish Sodhi, Tim Southee, Ross Taylor, BJ Watling, Lockie Ferguson, Ajaz Patel, George Worker.