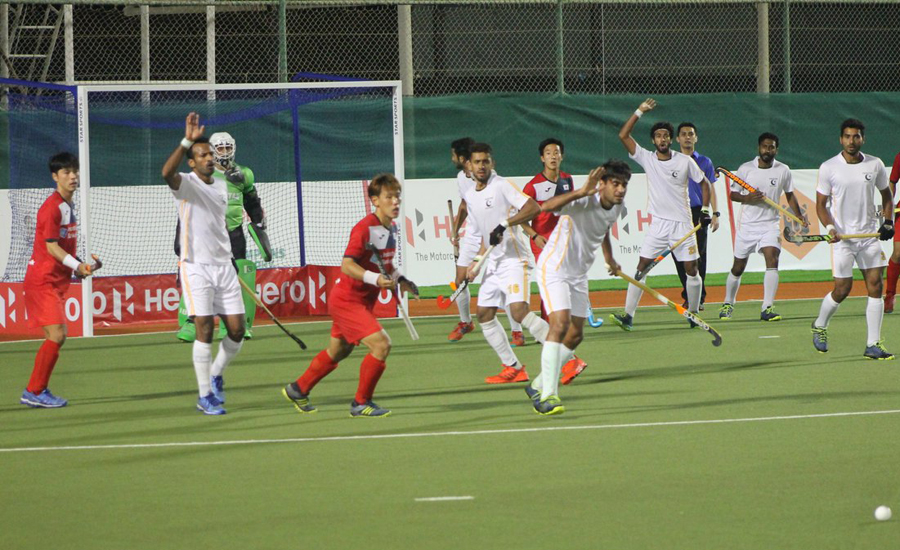 MUSCAT, Oman (92 News) – Pakistan defeated South Korea 3-1 in their inaugural match of the sixth edition of Asian Champions Trophy Hockey Tournament at Sultan Qaboos Sports Complex on Friday. Ijaz Ahmad, Umar Bhutta and Rizwan Senior pushed one goal each to pave the way for the victory. South Korea’s Kim Hyeongjin scored the lone score in the 51st minute. As many as six teams are vying for the title. Green Shirts will face archrivals India on Saturday. They will face Oman on October 22, Japan on October 24 and Malaysia on October 25. The final will be played on October 28.