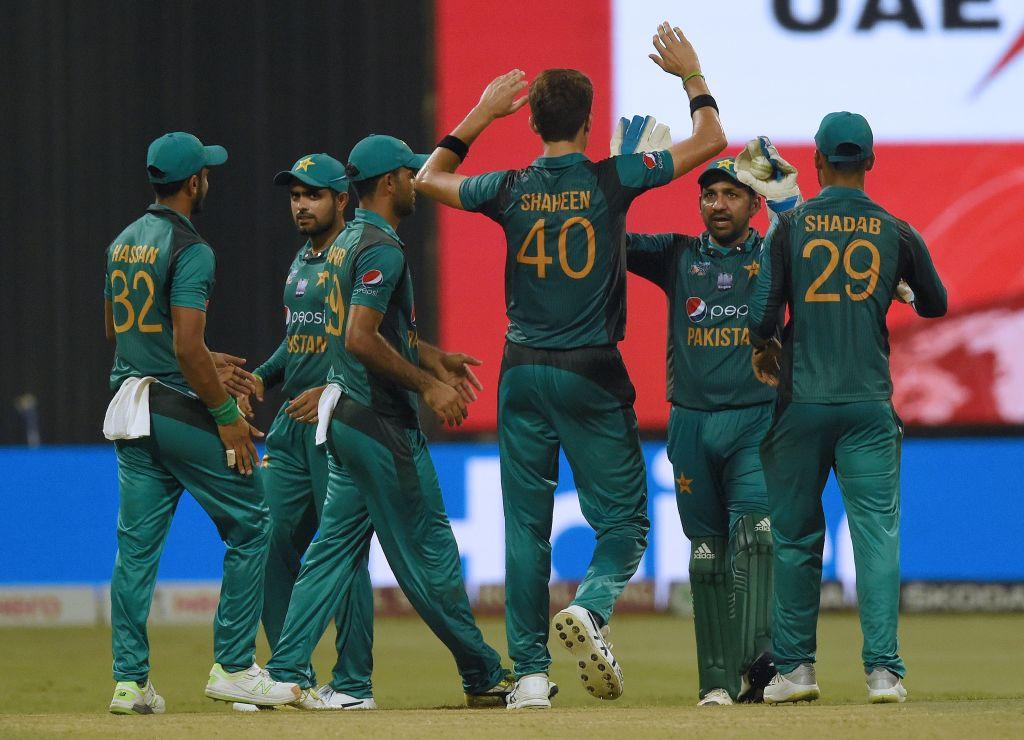 DUBAI  (Web Desk) – Australian's top and middle order folded in dramatic fashion as Pakistan secured a dominant victory in the first T20I of the series.

Australia, who rarely play more than a one-off T20I, entered this series harbouring the optimistic, but not outlandish, hope of becoming the number one ranked T20I team in the MRF ICC Rankings. To do so, they would have needed to beat Pakistan 3-0. They fell at the first hurdle in spectacular fashion. Pakistan, having been sent in to bat by Australia's captain Aaron Finch, opened with Babar Azam (68* off 55 balls) and Fakhar Zaman (14 off 12 balls), two batsmen fresh from an excellent final Test in the recent series between the two teams. Zaman scored 160 runs across his first two Test match innings, whilst Azam came within one run of a maiden Test century. Whilst Zaman couldn't transfer his red-ball form into white-ball runs today, Azam showed why he is such a well-regarded batsman in limited overs cricket. Azam put on a 73-run partnership with the veteran Mohammad Hafeez (39 off 30 balls) to put Pakistan in a strong position towards the end of the fourteenth over. The pair never totally took the game away from Australia as, with the exception of Ashton Agar, the bowlers kept it tight. After Hafeez's dismissal on 105/2, with so many wickets in hand the foundation was set for late assault by the Pakistani middle-order. What followed was the first of two dramatic collapses that defined the game. Pakistan were blown away by Andrew Tye, who used his variations to great effect, and the tall Billy Stanlake. The pair shared six wickets as Pakistan at one stage lost five wickets in a chaotic ten-ball period. This left Pakistan 133/8 with 11 balls remaining and a sub-140 score was on the cards, which would have been an aberration for them considering their strong start. Babar Azam held firm to impressively carry his bat through the innings, but Hasan Ali was the unlikely star with the bat. He hit 14 off the first three balls of the last over to take Pakistan to a respectable 155-8 at the end of their 20 overs. It was by no means a daunting total, but with Pakistan's superb, diverse attack it was not going to be a simple chase for Australia. Boasting the likes of Aaron Finch, Glenn Maxwell, D'Arcy Short and Chris Lynn, Australia certainly possessed the firepower to pull off the chase. However, they were blown away in a dramatic opening six overs after which they found themselves six wickets down. Imad Wasim, playing in his first international match in nearly a year caused havoc with his slow left-armers dismissing both openers in the first over and unveiling his new Cristiano Ronaldo-inspired celebration in the process. Maxwell was bowled by the impressive Faheem Ashraf in the fourth over and Ben McDermott was run out by Fakhar Zaman two balls later. Alex Carey and Lynn then fell to Ashraf and Wasim respectively with the score still on 22 to leave Australia six down in the sixth over of the run chase. In the space of few overs, Australia were practically out of the contest. Nathan Coulter-Nile (34 off 29 balls) and Ashton Agar (19 off 23 balls) saved their team from total embarrassment with a 38-run partnership, but they never scored at a rate that would have remotely concerned Pakistan. That Pakistan could run through the top order without yet calling on the services of Shadab Khan, Hasan Ali or Shaheen Shah Afridi with the ball will give them great confidence in the strength in depth of their bowling line-up. In the end, Australia were bowled out for 89 and Pakistan secured a dominant victory showing cricket fans around the world exactly why this ruthless side are ranked number one in the world.