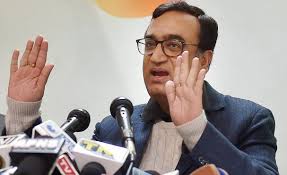 NEW DELHI (92 News) – All India Congress Committee (AICC) leader Ajay Maken has said that remarks of the senior Coast Guard official, who said the force blew up the Pakistani boat off the Gujarat coast on December 31 night, were opposite to the Indian government’s claims and asked it reveal the facts. “A senior official of the Coast Guard has denied what the Defence Ministry has been saying. The defence minister should place the facts, the facts, before the country,” he said. “It is not right on the part of the government to threaten and pressurize a senior officer and silence him.”