Pakistan burning but PM is not in House, says Bilawal 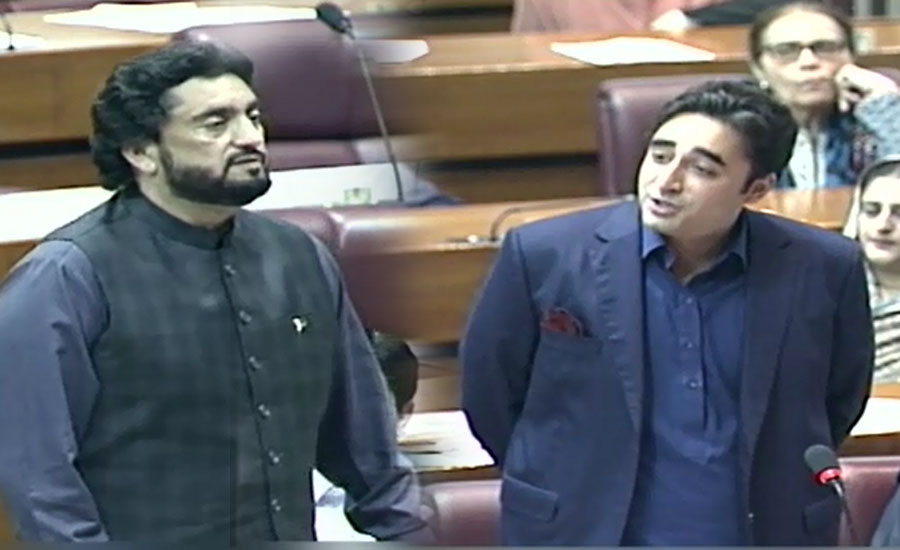 Pakistan burning but PM is not in House, says Bilawal

ISLAMABAD (92 News) – Pakistan Peoples’ Party Chairman Bilawal Bhutto has said on Thursday that Pakistan is burning and Prime Minister Imran Khan is not present in the House. Speaking to the National Assembly session, the PPP chairman has assured to support Prime Minister Imran Khan after harsh criticism. “The prime minister should show the seriousness and he will support in the tough situation, he said. Bilawal said that he hoped the briefing from the prime minister and interior minister on the current scenario. He expressed sorrow over the absence of prime minister in the House, assuring the support to the prime minister thick and thin. “This is a time for us to develop consensus. This is a time for us to address the grave issues and challenges facing our country and the imminent danger that the law and order situation places the citizens of Pakistan in,” emphasised the PPP chairman. Bilawal said that the country could not afford any more tragedies and the prime minister and interior minister needed to do their job. Responding to the statement of Bilawal Bhutto, State Minister for Interior Shahryar Afridi lauded Bilawal for standing being Prime Minister Imran Khan at a time when unity was the need of the hour. He stressed the need for reconciliation larger interest of the country. “The effort to make a new state within the previous state, there is no need to take any certificate from others,” he mentioned. The interior minister warned politicians not to play politics on this serious matter, saying that the country only counter the internal and external challenges with unity.