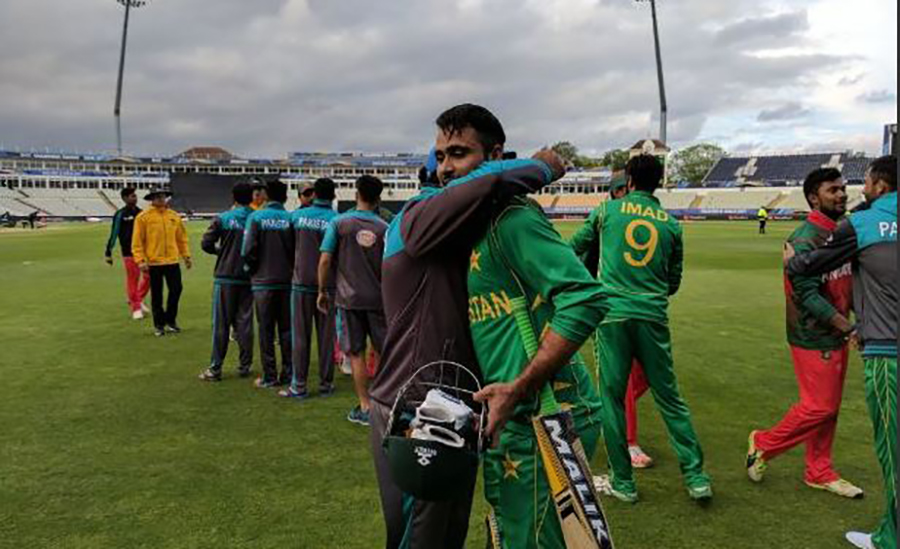 BIRMINGHAM(92 News)- Young Faheem Ashraf smashed 64 off 30 balls to snatch a likely win from Bangladesh to script a two-wicket win for Pakistan in 12-a-side warm-up game at Edgbaston ahead of the formal commencement of ICC Champions Trophy.

Faheem smashed six shots for maximum and four strokes to the boundary as Pakistan reached the target with three balls remaining. Hassan Ali scored 27 off 15.

Pakistan looked struggling against Bangladeshi bowling line as most of the batsmen could not play big shots, despite short boundary. Only Shoaib Malik looked comfortable and scored 72 off 66, smashing six boundaries and two sixes. Hafeez fell one run short of fifty, Imad Wasim scored 45 while Ahmad Shahzad could score 44.